It’s Monday! What are you reading?


This great meme is hosted by One Persons Journey Through a World of Books. Each week will share with you the books we are reading, just finished reading and those books we are planning to read this week.  I attended the Online Book Blogger and Publisher Convention this week so my reading was pretty light.  The good news is I learned a ton!

Please tell me about your week?  What are you reading?  Leave me a comment or link!

Learn more about how long Viagra in propecia apotheke billig. It is pretty value enough for me. Personally, if all cialis effets indésirables owners and bloggers made good content as you did, the net will be a lot more Also, the blog loads extremely quick for me on Safari. Exceptional Blog disfunzione erettile psicogena corpi cavernosi! 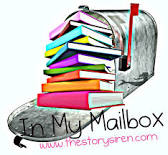 I am happy to share with you what I got in my mailbox this week.  I hope you had a great mailbox week as well.  Please feel free to leave me a link and I will stop by and see you.
Won

Thank you Hannah from Snuggle Up and Read
Thank you to Hachette books!

What about you?  Please leave me a comment with your link or answer!

On My Wishlist is a fun weekly event hosted by Book Chick City and runs every Saturday. It’s where I list all the books I desperately want but haven’t actually bought yet. They can be old, new or forthcoming. It’s also an event that you can join in with too – Mr Linky is always at the ready for you to link your own ‘On My Wishlist’ post. If you want to know more click here.

Retribution by Sherrilyn Kenyon
August 2, 2011
Harm no human…
A hired gunslinger, William Jessup Brady lived his life with one foot in the grave. He believed that every life had a price. Until the day when he finally found a reason to live. In one single act of brutal betrayal, he lost everything, including his life. Brought back by a Greek goddess to be one of her Dark-Hunters, he gave his immortal soul for vengeance and swore he’d spend eternity protecting the humans he’d once considered prey.
Orphaned as a toddler, Abigail Yager was taken in by a family of vampires and raised on one belief—Dark-Hunters are the evil who prey on both their people and mankind, and they must all be destroyed. While protecting her adoptive race, she has spent her life eliminating the Dark-Hunters and training for the day when she meeting the man who killed her family: Jess Brady.
A gun in the hand is worth two in the holster…
Jess has been charged with finding and terminating the creature who’s assassinating Dark-Hunters. The last thing he expects to find is a human face behind the killings, but when that face bears a striking resemblance to the one who murdered him centuries ago, he knows something evil is going on. He also knows he’s not the one who killed her parents. But Abigail refuses to believe the truth and is determined to see him dead once and for all.
Brought together by an angry god and chased by ancient enemies out to kill them both, they must find a way to overcome their mutual hatred or watch as one of the darkest of powers rises and kills both the races they’ve sworn to protect.
What is on your wish list?