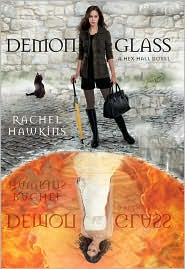 Synopsis:
Sophie Mercer thought she was a witch.

That was the whole reason she was sent to Hex Hall, a reform school for delinquent Prodigium (aka witches, shapeshifters, and fairies). But that was before she discovered the family secret, and that her hot crush, Archer Cross, is an agent for The Eye, a group bent on wiping Prodigium off the face of the earth.

Turns out, Sophie’s a demon, one of only two in the world—the other being her father. What’s worse, she has powers that threaten the lives of everyone she loves. Which is precisely why Sophie decides she must go to London for the Removal, a dangerous procedure that will destroy her powers.

But once Sophie arrives she makes a shocking discovery. Her new friends? They’re demons too. Meaning someone is raising them in secret with creepy plans to use their powers, and probably not for good. Meanwhile, The Eye is set on hunting Sophie down, and they’re using Acher to do it. But it’s not like she has feelings for him anymore. Does she?

While I enjoyed reading Demonglass, I didn’t find it as strong as Hex Hall.  In some ways, it felt like filler to make it to the next book, Spellbound, rather than a strong continuation of the story line.  It felt more forced and more of a build up than a cohesive progression of the story. While yes the story moved on and many things were unfolded, it just was not as well done as the previous book, in my opinion.

I did enjoy the change in location and the opportunity to get to know Sophie’s father and learn more about the Eye.  I thought that it was immediately that she discovered that there were other demons, something that she was not expecting and better yet how they would affect her life.  There were some very vivid fight scenes and very strong relationship scenes which I found to be well done.

A good story but could have been made better so that it didn’t feel like filler before the next story.

Wow, what a crazy week!  I know that the first week of school is always like this but it was intense.  A survived his first week of Middle School and B was just happy to be back in school.  That being said, there was not a lot of time for reading this week but I did get some in. 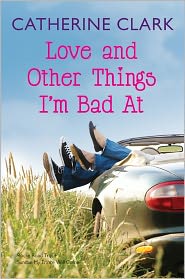 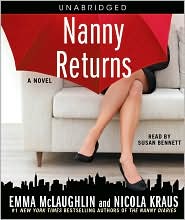 Like last week, I am not really sure.  I have a bunch of new books from the Borders closing sales and just a shelf full.  Not sure what I am really the mood for.   So, It’s Monday What Are You Reading?

P.S. Don’t forget to tell me if you are a new follower…yep I have something up my sleeve!

What are you reading now?

Would you recommend it?

I would recommend it but not before reading Hex Hall.  I am just getting into it but it seems like a good read.

That is a great question.  I am not sure yet.