Do you have a soundtrack for your book?

Music is such a huge part in not only my life, but the creation of my first novel Everlife. There are so many songs that helped me brainstorm and think up scenes. Although I’ve placed certain songs in a “soundtrack” for the book, there are just those songs that make everything fall into place for me. One of them is “Cosmic Love” by Florence and the Machine. This track was huge in writing the scene where Rose’s car is flipped; I practically played everything out to that song. Below is an excerpt from that part of the book.

I listened in silence as the rain beat against the windows, and the thunder had seemed to settle down a bit. I looked around and saw nothing, maybe it was just my imagination. I slowly lifted my foot off of the brake and let it hover over the gas pedal. All at once, I heard something crush into the right side of my back bumper, and just as instantly as I heard it, my car was sent soaring through the air. I was in shock and my mouth was frozen in a ‘O’ of horror. I lost control of my body, and with each crash into the ground my car made, a different part of me was wounded. My forehead smashed into the driver’s window, glass was flying everywhere, and as soon as I found my voice, I screamed as loudly as I could. My door caved in, colliding with my left arm; I felt my forearm snap, and cried out in pain.

My car finally stopped flipping, landed on the roof, and skidded further down the street. Once it stopped, I tried looking around. I had flown about one mile down the street. My chest was heaving and I was covered in blood, and shards of glass. What had just happened? Check out my pages for more info on Everlife and the Nyx Series! Thank you for reading! J 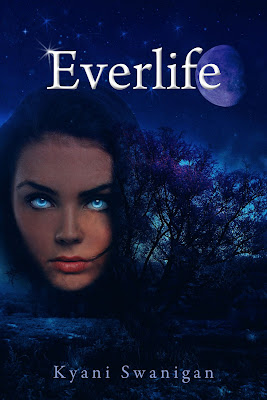 Blurb:
How do you live your own life, when it was never truly yours to begin with?
After the untimely death of her mother, 18 year old Rose Blakely spent the past two months of her life in the dark, living recklessly, and bringing everyone around her grief.
Now that the storm has passed, Rose is hoping to find the light, and live a normal life. But when a mysterious new guy named Birch Balman enters the picture, along with a crazed woman hell-bent on killing her, things take a drastic turn for the worst.
Keeping up appearances in front of her friends at Halfmoon Bay High and also her father will serve to be a difficult task for Rose, but it’s a small price to pay—when death is now in the equation. 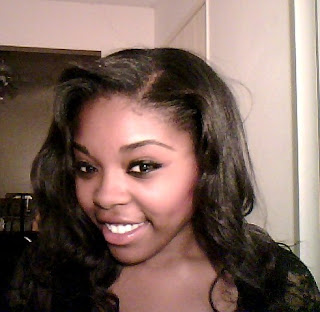 Kyani Swanigan, YA author of the Nyx series. Kyani was always passionate about writing. Even as a child she loved creating characters and writing stories although she considered it more a past time rather than something that she would make a career out of especially through high school, when Kyani aspired to be a stylist and go to FIDM (The Fashion Institute of Design and Merchandizing). It wasn’t until a year after graduation that the memory of two fictional characters she had thought up six years earlier resurfaced and began buzzing around in her mind. From there a story just had to be written.
Now, one year after completing her first novel, Kyani is still hard at work telling her character’s story by finishing the rest of the series. She lives in Tustin, California with her mom and fat Blue Russian cat, Pouncer. 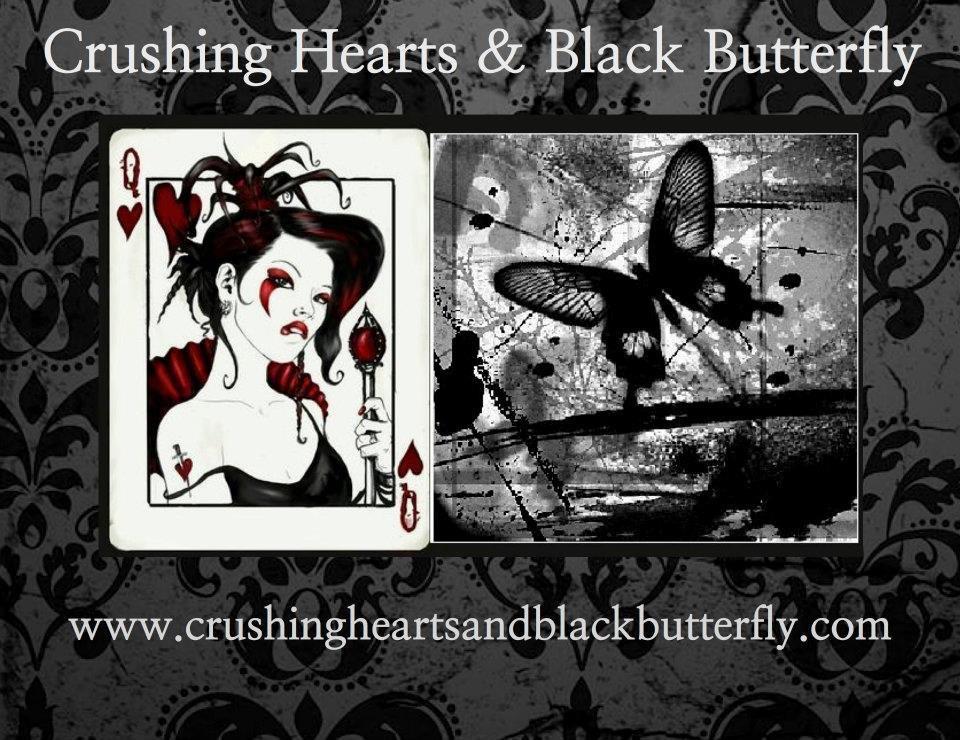 People have asked me these questions  a lot:  What music inspires you when you write?  and  Has any songs prompted you to write certain scenes?

My answers are yes and yes.

So today I’m sharing with you two songs/two scenes that helped inspired me to write Mark of the Seer.

The first excerpt comes from Chapter Two, when Clarity and Kora arrive at the ban party.  The song “Live Life Now” by Hawk Nelson played in my mind…

The scene was everything I’d imagined.  Clusters of kids with open beer cans in their hands, ready to get their buzzes on.  Smoke encircled one group, from cigarette or pot, I wasn’t sure.  It sure smelled like pot.  I had tried the stuff a few years back and it made me so sick I thought I was going to die.  So I usually go for the alcohol, which sometimes makes me sick, too.  Not as bad as pot, though.

At parties, in any given situation, there’s temptations.  You know, the feeling of belonging.  The need to follow the crowd, no matter how stupid the situation.  I try not to fall into the crowd, even though it’s the easiest thing to do.  Most called it peer pressure; I called it being a mindless robot.

We passed some redneck guys leaning on a pickup, decked out in red and white trucker hats.  They tossed us each a bottle of beer, which they retrieved out of their red and white cooler.  I joked to Kora about how they probably got together before the party, planned ahead, and matched their hats with the cooler.  Like how girls sometimes synchronized their outfits.  We laughed until tears fell from our eyes.  Before we made it to the entrance of the barn we downed the free bottles of beer the trucker-hatters had given us.

Then a realization hit me when my eyes found Brenton standing in front of the barn, talking to some guys.  The realization told me that my time was up—it was time to tell him my true feelings.  Anxiety picked at my stomach, unsettling me.  I open my mouth, surprised at the thunderous belch that slipped out.

Kora turned sharply, bemused.  “Daaang.  Always a lady, huh, Miller?”  She let out a cackle.  I was mortified.

“Do you think anyone heard that?”  I whispered, looking around.

“I bet God in heaven heard that one,” Kora remarked, winking at me.  My face was on fire with mortification.

Excerpt number two comes out of Chapter 16.  Clarity, Janey, and Kora are at the movies when evil shows up.  The song “Animal I’ve Become” by Three Days Grace not only aided in the writing of this scene but for many scenes in Mark of the Seer.

“Show yourselves,”  I said under my breath.  I knew someone, something was there, watching me.

Finally my eyes zeroed in on what they were searching for.  That was the moment I felt my blood freeze in my veins and my body turn into a ice glazier.

Standing in the very back of the theater I found Nick, his eyes fixated in my general direction—and he wasn’t alone.  Three other bodies stood around him, blending into the darkness.  Three very familiar bodies.

For the briefest of moments I wondered what happened to the fourth demon, Raine, but that was the moment Nick saw me staring right at him.  A look of outrage distorted his features, then he turned around and quickly exited the movie.  Markus and Stone followed close behind him, leaving Lukus standing alone.

His dark eyes trapped mine with his, a hostile jeer forming on his pale face.  A voice, Lukus’ voice, echoed in between my ears, evilly taunting me.  Even though I  could hear his words his lips never moved.

Seeeeer.  Come and get us.

He walked backwards still harboring his vicious jeer, his gaze holding mine.  Again he spoke to me inside my head, walking out the doors.

Come out and play, little Ra’ah.

As soon as he was out of sight the temperature became normal, though I was still chilled to the bone.  My hands, though, were still scorching and now glowing a steady red.  I knew they wanted me to follow but at what cost?  What if it was a trap?

I hope you’ve enjoyed this little bit of insight on Mark of the Seer.  Hope you have a blessed day!!

And you can buy copies of Mark of the Seer here: 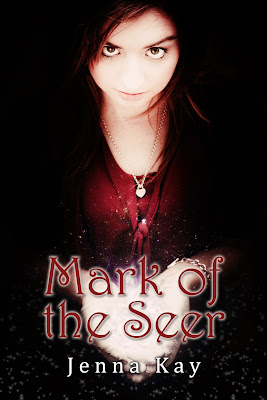 Mark of the Seer
By Jenna Kay

Clarity Miller always thought of her life as semi-normal. She had friends that would do anything for her, a boyfriend madly in love with her, and a roof over her head that she shared with her aunt.

Everything seemed to be falling into place. That is, until the day she met Sam.

When Sam informs her that he’s her guardian angel and that she has been given the gifts of a Seer, her life starts spiraling out of control. She wants nothing to do with the spiritual realm.

All she wants is to have a normal life as a teenager, but when a tragedy occurs that causes the whole town of Garlandton to fall to its knees she realizes that she has a very important decision to make.

Should she embrace the life of a Seer?

Only time will tell… 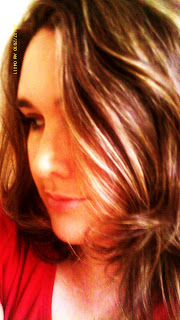 Jenna Kay has always had a vivid imagination and decided at 30 years old that it was time to bring the real supernatural to life. Jenna’s heart is to impact the lives of young adults that are going through the hardships of this life with a hope that there is way more out there than just the pains of the world.

Jenna grew up with three older brothers which made her one tough cookie. She was blessed with two loving parents, both that encouraged her to follow her dreams and always made sure that she was in Church.

Jenna graduated from high school in Georgia, where she played varsity basketball. Later, Jenna obtained a cosmetology license from the State of Georgia and practiced cosmetology for 8 years before becoming a full time author.

Jenna currently resides in North Georgia where, when not writing, she spends time with her three young children and her loving husband.

Jenna works to help those who need guidance and love that is far greater than we can provide. There IS hope.