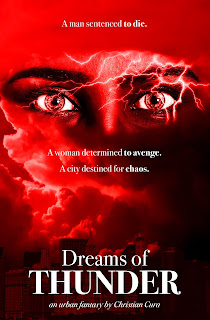 Dreams of Thunder
Dreams
Book Two
Christian Cura
Genre: urban fantasy
Date of Publication: 10.03.2020
Number of pages: 225
Word Count: 59,000
Cover Artist: Christian Cura
Tagline: And if you wrong her, shall she not revenge?
Book Description:
Magical outlaws roam free on the West Coast. The enforcers are stretched thin in their efforts to stem the tide of chaos.
The Council headquarters is on the brink of assault and the lives of the Council members hang in the balance.
At the center of it all, is Saba Qureshi, a woman scorned by the draconian measures of the Council. They executed her grandfather and robbed her family of their status and fortune.
Now Saba is coming for them, and she’s not alone…
Amazon     Goodreads

“Guys. We’ve just been spotted,” Kara called over their skirmish.

The bickering halted as the two women swiveled their heads, looking for the threat.

Four reptiles exploded out of an alley and scrambled across the brick facades as “Another One Bites the Dust” played in the background.

“Shit!” Selene shouted. She stomped on the gas pedal, but the jeep barely accelerated.

“The food is weighing us down!”

Nora intersected her fingers, spoke a magical word, and the food glowed with her purple energy. It lifted off the floor a few inches and the jeep sped up.

Wind blew through the open cabin while the demons gave chase.

Kara’s heart pounded as malevolent creatures glared at them from above.

Their muscular legs sprinted over the windows and ledges, their long tails whipping behind them.

Selene veered around a corner and the inertia knocked Kara into the door.

Another group of lizards emerged onto the street and scuttled after the jeep.

Kara unbuckled her seatbelt and stood up. Her clothes rippled in the wind and her golden hair lashed against her cheeks. A set of glowing knives appeared in her hands and burned like stars as the evening settled. She hurled a knife at the closest reptile and buried it in the demon’s eye.

The creature tumbled to the street and before it hit the ground, Kara struck down another. One of the demons took the lead on the right and pushed off the wall.

The lizard twisted its body and lunged at her with claws outstretched.

She gasped and ducked beneath it and watched as it flew over her head.

It landed on the opposite sidewalk and bounded after them. The creature dove for the jeep, but she pierced its throat with a dagger.

She ripped her knife free just as another demon dropped from the air and latched onto the vehicle.

Talons raked across Kara’s chest, and she cried out. She staggered backward and repelled it with a rippling shockwave.

Warm blood seeped through her sweater as she hurled a dagger at the falling demon and finished it off.

Kara struck down the last demon just as five more lizards scrambled around the corner.

She let her weapons dissolve and brought her hands together at her middle. She muttered a magical phrase as the wind drowned out her voice. Her center of power roared like a furnace and unleashed waves of fire that surged into her hands. A white ball of flame appeared between Kara’s palms and she pushed it forward, unleashing a steady stream of fire over the street.

The roofs of the buildings were instantly ablaze.

Demons were consumed by the flames and Kara watched as their fiery corpses tumbled through the air. 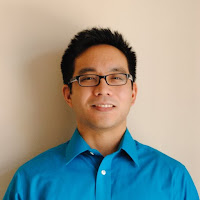 About the Author:
Christian Cura is a new author who just recently published his debut novel Dreams of Fire. Ever since he read Lord of the Rings as a teenager, it has been his dream to write and publish a novel of his own. His favorite authors include J.R.R. Tolkien, J.K. Rowling and Robert Jordan. Christian lives in Northern Virginia where he lifts weights at home and creates artwork. He is a Gryffindor, an Earth-bender, and a loyal follower of Optimus Prime. When he is not writing, he can be found drawing or getting beaten up at his MMA gym.
Author Website: https://www.authorchriscura.com
Instagram: https://www.instagram.com/artistchriscura/
Goodreads: https://www.goodreads.com/book/show/55027407-dreams-of-thunder 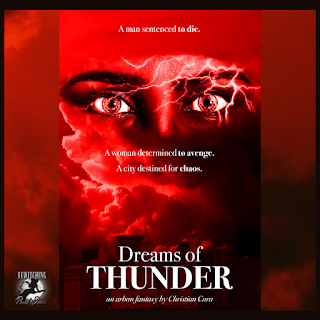 Peri Reed is a traitor. At least, that’s what secret government organization she works for thinks. She’s been betrayed by her own partner and her boss, her name put on a list of operatives who have been using their skills and training for their own purposes. The problem for Peri is she doesn’t know if she’s really a traitor or not. She’s a drafter, able to make short jumps through time in order to alter events, but at a cost; she loses her memory of the event and a portion of time preceding it. Normally, a drafter has a partner who is always with them, able to help rebuild a part of the lost memories. Now Peri is on the run, with no partner, in an attempt to discover the truth and clear her name.

I found this to be a really good story, with engaging characters and an interesting environment. Which is just what I would expect from such an accomplished author. The change in genre from the Hollows series in no way impacts Kim’s ability to spin a great tale. As the story progresses, the reader is shown the impact Peri’s memory loss from drafting has on her. In one chapter she’s working alongside a character, in the next she has no memory of them at all. I’ve seen a few comments that some readers had difficulty keeping up with the time jumps and memory loss, but I had no problems. Peri’s memory loss makes it difficult for her to know who she can trust and who is trying to use her for their own ends. Can she overcome her conditioning to be reliant on another or will she break free and become her own person?

If you’re looking for a new version of the Hollows, this book is probably not for you. If you looking for a bit of sci-fi in an excellent story read this. I couldn’t put it down.

I was in the mood for a quick contemporary read and Long, Hot Texas Summer fit the bill.  It is a well thought out story that has a natural flow.  It is fairly easy to know exactly how this book is going to end but the process of getting to that ending has a few surprises. The back story is revealed a little at a time throughout the course of the book and shows just how different the points of view are.  The characters are well developed and real.  Each personality is clearly defined. While it took a while to connect with the main character, Loretta, she grew on me as the plot progressed.  Early on, I had labeled her as a bit stuck up that changed by the end.  Overall, this was a read I enjoyed and would recommend if you are looking for an easy light read.