Lucy has nine months to break an ancient curse in order to save both herself and her unborn daughter.
Inspired by the ballad “Scarborough Fair,” this riveting novel combines suspense, fantasy, and romance for an intensely page-turning and masterfully original tale.
Lucy is seventeen when she discovers that the women of her family have been cursed through the generations, forced to attempt three seemingly impossible tasks or to fall into madness upon their child’s birth. But Lucy is the first girl who won’t be alone as she tackles the list. She has her fiercely protective foster parents and her childhood friend Zach beside her. Do they have love and strength enough to overcome an age-old evil?

I did not do anything but look at this cover before I starting reading the book.  Normally, I read the book jacket but I just didn’t with this book so I had no idea what to expect.  Right from the get go, I was drawn to Lucy Scarborough, who is going through the difficult teen years.  To add to this already difficult time, she has been raised by an adoptive family as her mother has mental illness and she pops in and out of Lucy’s life causing much stress.

Much to Lucy’s distress, her mother Miranda, shows up just as she is getting ready to leave for prom singing the dreaded “Scarborough Fair” and talking of curses.  Lucy ends up getting it all together and still goes to Prom but the unimaginable happens and she is raped by her date, who dies in a car accident that very same night.  I was please that this book was kept at a very G-rating and any sexual reference were very light.  Soon Lucy realizes that even though she took the morning after drug to prevent pregnancy, she is indeed pregnant and that maybe her mothers talk of this curse is not all crazy.

The remainder of the book goes through all of the challenges she is faced with to try to stop this seemly impossible curse to break.  Lucy does not want to go crazy like her mother but how can she stop the curse?

I really enjoyed this book.  At times, it was very hard for me to put down because I just had to know what was going to happen next.  That being said there were times that there was just too much going on in the book, too many directions.  Overall, I think that this book had a lot of interesting lore in it and was well written.  The players in the game were likable and easy to get to know.  The style of writing was clear and written at a level that almost any reader can enjoy. 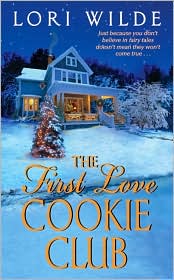 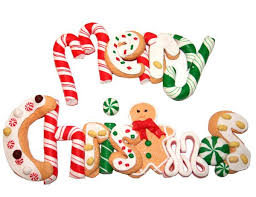 “On Christmas Eve, if you sleep with kismet cookies under your pillow and dream of your one true love, he will be your destiny.”

The townsfolk of Twilight, Texas, believe the legend, but not Sarah Collier—not since she was a pudgy teenager, running down the church aisle on Christmas Day in a jingle bell sweater and reindeer antlers, trying to stop Travis Walker from marrying someone else. She may be grown-up, slimmed-down, bestselling children’s book author “Sadie Cool”now, but Sarah will never forget that day. And she’ll never fall foolishly in love again!
But when a letter from a sick fan brings Sarah back to Twilight, she’s shocked to discover that Travis is the little girl’s father—unattached and hotter than ever. His smile still makes her melt, but Sarah knows that ship has sailed. Travis, however, might have different ideas.

I was really in the mood for a Christmas book this season so I picked this one up.  I was drawn to the cover and the fact that is sounded like cookies were involved.  I was immediately drawn to Sarah Collier, aka Sadie Cool, author of the amazing The Magic Christmas Cookie.  The premiese of her award winning book is the kismet cookies her grandmother and her used to make on Christmas Eve as the story goes you place them under your pillow and the one you dream of is who you are destine to be with forever.  While the story has been a wild sucess, the cookies did not work out the way she had dreamed, as she reflects on the wedding she interrupted 9 years eariler.  Sarah’s PR person brings to her attention that she has been invited to a small town festival by a young girl named Jazzy who is very ill, as she reads the letter she figures out that it is Twlight Texas the same town that her grandma lived in when she interrupted this wedding.  Despite all her hangup she goes back, who would have know that Jazzy is the daughter of Travis Walker, the man she thought she was destine to be with forever.  This fun loving yet heart touching story of a small town and what they would do for each other is well written.  It is a little unbelieveable but still makes you want to believe in the magic of Christmas. A nice simple read for this holiday season. It does make me want another book written to pick up where this leaves off.  4/5 stars.

An indulgence for readers: the new Eve Dallas novel from the #1 New York Times-bestselling author.
First it was a limo driver shot through the neck with a crossbow. Then it was a high-priced escort found stabbed through the heart with a bayonet.
Random hits, thrill kills, murderers with a taste for the finer things in life-and death-are making NYPSD Lieutenant Eve Dallas angry. And an angry Eve can be just as an efficient and dangerous predator as the killer.
As time runs out on another innocent victim’s life, Eve’s investigation will take her into the rarefied circle that her husband, Roarke, travels in-and into the perverted heart of madness…

This is by far one of my favorite series.  And it has proved to be true with this book as well.  I love how this book starts – in Ireland with Roarke’s family.  We get to see the softer side of Eve by seeing her surprise Roarke with a children’s park she has build and dedicated to his mother.  What a great way to start the book.  We also find that murder seems to follow Eve everywhere as she helps a green officer in Ireland solve a murder while she is there.  While it isn’t a tough case and is solved quickly she still helps him through the process.

After arriving back in New York City, she tags a murder almost immediately.  It seems to be a most unusual case of a limo driver shot with a crossbow.  Fairly quickly there is a second murder of one of the best escort is NYC and she is shot through the heart with a bayonet.  Eve quickly realized that the murders are linked.  I love that Eve always seems to be one step ahead when she working a case.  As always there is a creative ending to the book that I did not see coming.  You will have to read to find out.

As always my favorite part of the book was the banter between Roarke and Eve.  I love that she had a constant fight with independence and Roarke constantly is fighting her on it.  It seems after all 31 of these books that has not died but she is starting to become more aware of others and their feeling.
The one thing that bothered me about the book was that it just seemed long.  There was a long period of time between when she knew who the murders were and the case was actually solved.  Normally, I can’t put a J.D. Robb book down but in this case it took me several sittings to get through it.
All in all, I really enjoyed the book and would give it 4 stars.