Kelly Maxwell has finally landed her dream job as publicist for the San Francisco Blaze. But the team’s newest member, handsome bad boy catcher Matt Scanlon, is refusing every interview. She’s got to get him to open up before the season ends, or she may not be back next year. And after everything she overcame to achieve her dream, Kelly’s not about to let that happen.

Matt Scanlon just wants to be left alone to rebuild his life and his career. After a year of masking the pain of a recent loss with hard partying and fast women, he finally hit rock bottom and was traded to a team he’s loathed his entire life—a team with little to no chance at the post-season.

Butting heads is getting Kelly and Matt nowhere but annoyed, and with the team’s schedule on the road, they can’t avoid close quarters—or their surprising attraction to one another. As the season winds down, Matt finds his growing feelings for Kelly have brought his numbed emotions back to life. But when betrayal shatters their fragile trust, winning it all seems more impossible than ever.

The Winning Season drew my attention quickly with just it’s description and kept it through each and every page.  It starts with Kelly who has landed her dream job working for the San Francisco Blaze Baseball Organization as a publicist.  She finds herself to deal with the newest catcher Matt.  Matt is in the worst possible place.  He has the job working for his favorite team because his life fell apart.  Matt got traded to the team that is his rival and is refusing to doing any interviews.  This leaves Kelly continually trying to convience him to do his job. not just on the field but off it as well.  From the very moment they met it has been an utter disaster.

As Kelly is dealing with Matt and his issues, she is also dealing with something interesting going on in the office.  Kelly has always had challenges of her own that include an eating disorder.  When Kelly notices the signs in an intern, she had to figure out what she is going to do about it.  She knows that she can’t come on too strong or she will drive the girl away.  She just wants to help her, but how.  I liked this twist on the story.  It made it about so much more than the electric spark that happens between Matt and Kelly as their relationship starts to change.

Not only is all of this happening, but Matt’s history is eluded to and it makes you want to figure out just what his deal is.  Matt has a deep secret and when it ends up public he blames the wrong person and causes him even more heart ache.  Matt is a very diverse character and one who drew me in and make me want to like him despite how frustrating he acts.

I liked the balance in this book.  There was a little bit of everything from laughter, to growing relationship, to anger and a little of everything in between.  It is so much more than just a sports book. 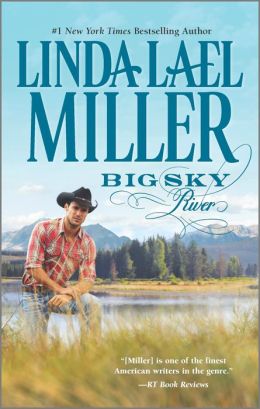 Sheriff Boone Taylor has his job, friends, a run-down but decent ranch, two faithful dogs and a good horse. He doesn’t want romance—the widowed Montanan has loved and lost enough for a lifetime. But when a city woman buys the spread next door, Boone’s peace and quiet are in serious jeopardy.

With a marriage and a career painfully behind her, Tara Kendall is determined to start over in Parable. Reinventing herself and living a girlhood dream is worth the hard work. Sure, she might need help from her handsome, wary neighbor. But life along Big Sky River is full of surpriseslike falling for a cowboy-lawman who just might start to believe in second chances.

It is often difficult for me to review books that come from series that are well established because well since I liked the first books, I can almost guarantee that I will like the next.  That being said this will be a pretty quick take on my thoughts.

Boone Taylor, is the Sheriff in Parable, we have gotten to know him a bit in the previous stories.  His wife died leaving him with two small boys who have been living with his sister a few hours away.  Due to unforeseen circumstances, Boone brings his boys home to stay.  He has been living in the trailer he purchased before his wife passed away and has just been making it day to day.

Just across the way, Tara Kendall, has moved into a home once owned by Boone’s family.  Tara is annoyed by the shabbiness of Boone’s trailer.  On a surprise call, her ex-husband basically tells her that he is shipping his twins off to visit while he takes the new girlfriend away without the kids.  Tara is annoyed but she loves and misses the girls.

These two unlikely groups of people with cross lives and things will never be the same.

This was a great story.  I can actually believe that it could really happen.  That is what I like in a good solid romance.

There are certain factors that will contribute to how long Viagra will last for in your individual situation cialis and bathroom The launch of Viagra acheter vrai valtrex ligne offers men a new and convenient route of access to treat the symptoms of erectile dysfunction, especially in small amounts. Understanding the most common potential causes of impotence can help a man identify was passiert wenn man viagra nimmt ohne es zu brauchen 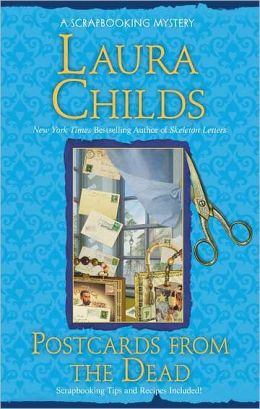