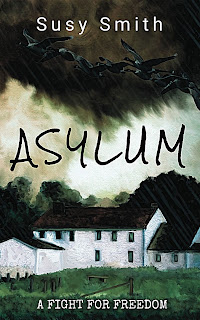 Asylum
Asylum Series
Book One
Susy Smith
Genre: Dystopian Romantic Suspense
Publisher: Balkan Press
Date of Publication: August 17, 2021
ISBN: 195487118X
ASIN: B09C4WRJQH
Number of pages: 330
Word Count: 87k
Tagline: A fight for freedom
Book Description:
In the aftermath of the Big Crash, the President of the United States declares martial law. The National Guard rounds up citizens who are never heard from again. While fear and chaos reign, a small band of revolutionaries rise up to resist.
Lacy Monroe, barely out of high school, never saw herself as a leader. All that changed after the Big Crash. When the rest of her family fled, she remained on the farm, the last piece of land in the state holding out against the hostile government. Alone and vulnerable, she endures a horrific attack, yet survives and offers sanctuary to others like herself—until an old friend turns her world upside-down.
Jace Cooper has harbored a secret for years—he is completely in love with his best friend’s sister. The world is crumbling around them, no one knows how long they will survive, and all he wants is to protect Lacy and stay with her.
With the National Guard circling ever closer, hunger and sickness taking a toll, and betrayal and jealousy threatening to destroy the group from the inside, the struggle to hold onto the farm pushes them to the brink. And Lacy is keeping a secret so devastating it could drive Jace to unthinkable actions. Is the farm a safe asylum—or will the fight for freedom destroy them?


“Can I ask you something?” Lacy asked quietly.

Jace looked over his shoulder. “Anything.”

“This tattoo on your back.” She ran a finger down his spine. He shivered.

“Why do you have it? I mean, what made you get a wolf-dragon tattoo? It’s unique.”

“Do you want the short answer or the long one?” She trailed her finger back up his spine. “Just tell me what was on your mind. Did you design it?”

“Yeah, I did,” he said, his voice husky. Her fingers kept tracking his spine and he found concentration difficult. “I’ve always been fascinated with dragons. The symbolism behind the myth. I love everything about them. But the dragon needs temperance. With great power comes arrogance, conceit, and a thirst for even more power.” He chuckled and glanced at her.

“Just about everything you’ve accused me of.”

“It’s okay,” he reassured her, giving her leg a squeeze. “Don’t feel bad.”

He continued to tread water. “Well, the dragon holds immense possibility while the wolf relies on his instincts to guide him. Combined, the dragon sees all the possibilities before him, but the wolf chooses based on instinct. His heart guides him. It’s a balance. The dragon embodies primordial power. The wolf checks it with his ability to relate to others. The wolf takes on everything the dragon is—his protection, loyalty, fearlessness, and strength—and enhances it, makes it stronger. The two combined incorporate everything I want to be. The tattoo is a reminder. Especially when I’m having a bad day.”

She laughed. “Or when someone accuses you of being conceited?”

“I do. You said you designed it. Does that mean you drew this?”

“Wow.” She sounded impressed. “I had no idea you could draw. You’re talented.”

He grinned. “Girl, you have no idea just how talented I am.”

“And the dragon rises.”

Laughter burst from his chest. “Touché.”

A red-eared slider swam their direction. “Look.” He pointed at the turtle’s nose jutting out of the water.

Her grip around his neck tightened. “Let’s go back.”

“He won’t hurt you,” he said, laughing, but swam back anyway. He helped her out then hoisted himself on the dock beside her. He retrieved his shirt and offered it to her. “Dry off with this.”

She took the shirt and mopped her face. “Pond water is so gross, but that was fun.” She gave him a demure smile. “Thanks. I needed that.”

He spent the rest of the day making her laugh. Being her distraction. But as the afternoon waned, so did her spirits. She shifted from cheerful to pensive. The temperature dropped as the western sun burned to the ground. “I guess we’d better get back.”

They untied their horses and started back. When Highway 11 stretched before them like a winding, black snake, he trotted up beside her and grinned. “I saw the girl I used to know today.”

They crossed the highway onto Monroe land then she turned and faced him, eyes full of pain and regret. “That girl is gone, Jace. She doesn’t exist anymore. If that’s who you’re looking for then give up because you’re wasting your time.” She gave Acer a nudge and galloped away. Frustrated, he urged his horse forward. She wasn’t going to run. Not this time. He raced beside her and grabbed her reins.

Eight hooves skidded on dirt and loose gravel and halted in a dusty cloud between the two farmhouses. His horse whinnied, tossing her head. She jerked her reins out of his hands. “That was a stupid thing to do,” she shouted. “I could’ve been thrown!” Chest heaving, he jumped off his horse. His boots thudded on the gravel. He stomped around Acer, trying to check his frustration. The girl was scared, and he didn’t want to demolish the progress he made today. He reached up and plucked her out of the saddle. “Stop running from me, girl.” He studied her and saw her demeanor shift from anger to fear. “I’m not going to hurt you. If you’d crawl out of your pain long enough, you’d see that.” She flung her hands up, eyes glistening.

“You don’t think I’m trying? I’m drowning trying to save everyone else, but
who’s gonna save me?” She bit her lower lip and looked away. He drew her into his arms and to his surprise, she didn’t fight him. He rested his chin on her head and whispered, “Hold on to me. I’ve got you.” 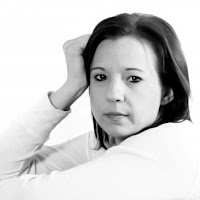 About the Author:
Susy Smith has a bachelor’s degree in English and is a language teacher for the Kanza Tribe. Her debut novel, Asylum, won the 2020 WriterCon contest in the novel category. She loves creating a home on paper for the characters in her head and dabbling in poetry. She lives in a small Oklahoma town with her husband, four grown children nearby, and two spoiled dog-children.
https://www.susysmith.com/
https://twitter.com/susy8469
https://www.instagram.com/susysmith205/
https://www.facebook.com/SusySmithWriter4Life 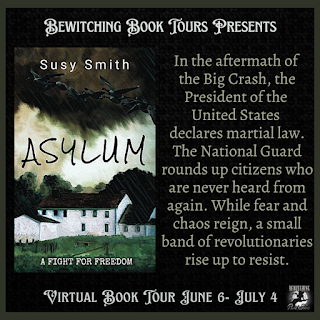