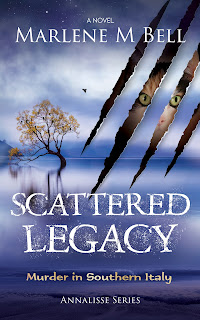 Scattered Legacy
Annalisse Series
Book Three
Marlene M. Bell
Genre: Mystery – Suspense
Publisher: Ewephoric Publishing
Date of Publication: 11-4-2021
ISBN ebook: 978-0-9995394-7-7
ISBN Print: 978-0-9995394-6-0
ASIN: ‎ B09HRCTBXJ
Number of pages: Print 352
Word Count: 84,610
Cover Artist: Isabel Robalo
Tagline: The Truth Has Claws
Book Description:
To outsiders, the relationship between Manhattan antiquities assessor Annalisse Drury and sports car magnate Alec Zavos must look carefree and glamorous. In reality, it’s a love affair regularly punctuated by treasure hunting, action-packed adventure, and the occasional dead body.
When Alec schedules an overseas trip to show Annalisse his mother’s birthplace in Bari, Italy, he squeezes in the high-stakes business of divesting his family’s international corporation. But things go terribly wrong as murder makes its familiar reappearance in their lives – and this time it’s Alec’s disgraced former CFO who’s the main suspect.
Accompanied by friend and detective Bill Drake, Annalisse and Alec find themselves embroiled in a behind-closed-doors conspiracy that threatens the reputation and legacy of Alec’s late father – linking him to embezzlement, extortion, and the dirty business of the Sicilian Mafia. The search for the truth sends the trio straight into riddles, secrets, and an historic set of rosary beads. Annalisse leads Alec toward a discovery that is unthinkable, and events that will change their futures forever.
Scattered Legacy is the third in Marlene M. Bell’s thrilling Annalisse series, which weaves romance, crime, and historical mystery into addictive tales to instantly captivate fans of TV show Bones or Dan Brown’s The Da Vinci Code.

AN EXCERPT FROM CHAPTER ONE-SCATTERED LEGACY

“We believe Josh falsified invoices with certain clients and moved money to offshore accounts without my consent. I was so angry I removed him without hearing his side of it. As far as I’m concerned, he’s totally responsible whether he was directly or indirectly involved. I wish I’d handled the situation differently. My short fuse got in the way when I felt Dad’s business was being used illegally as a giant retirement fund for Josh. He would know whether Dad used illegal monies from the racing team. We’re waiting on the board’s decision to prosecute Josh.”

“He found me,” Alec grumbles. “Josh called me while I was in Mom’s office. I haven’t heard from him since I let him go.” He shakes his head. “He wants my help.”

Gen’s sitting at her desk in front of her favorite collection of astronomy books, staring at the wall. Her eyelids are rimmed red, and she’s grasping a wadded tissue in her hand. My stupid fear of a blackbird’s feather placed in an envelope pales against her sadness at the reminder of a lost soul mate. She witnessed her husband’s head explode, as I did, when Pearce fought gunmen on the yacht. It’s surreal when someone you know has died in front of you. Dreamlike, until their life jolts away and a body is left in place of a vibrant human being, like the man with his grin on the tabloid cover. Gen loved her husband deeply. No matter how many times I assure myself it wasn’t my fault what happened, Pearce might still be alive if the Mushasha jewel—Stop it. Samantha Freeman, my best friend, wouldn’t give up her matching horse bracelet either. The curse was powerful, and it pulled us along. Pearce’s fate was sealed the day he was born. Only God knows what’s in store for us. I have to show Alec and Gen that Pearce’s short existence was meaningful. His record must remain untarnished for Gen and her son.

“Has anyone been smoking? It smells like something’s burning.” I check the wastebasket for cigarette butts and find it recently emptied. “Alec, please sit before you fall down.”

His chair squawks along the tile in front of the Victorian pedestal desk. “Mom, I’m sorry.” Alec pats his mother’s hand across the blotter. “I didn’t think what seeing Dad again might do to you.”

“He’s gone, dear. There’s no bringing him back. Believe me, I’ve tried.” Gen smiles and dabs the corner of her eye. “Honey, how do we get in front of this bad press? Signorile’s sale must go forward. It’s decided. You and Annalisse are to be freed of the corporation to enjoy yourselves. Phooey on this bad timing, before your trip and all.” She glances at me and points to the armchair.

“Have you heard from Global Star Class yet? What’s the best move?” I ask Alec.

“Embezzlement matters. Serge LeBlanc is a straight-up guy, so he won’t peddle the Signorile acquisition to his board while there’s a scandal hanging over it.” He rubs between his brows and takes out his phone. “We need Bill’s expertise on this one.”

The call is made via speakerphone so we can all be a part of it. It’ll be great to hear Bill’s voice again. After Kate’s mysteries were solved a few months ago, Bill returned to his other investigations with his partner, Dan Chappell. Bill’s a good friend to Alec, and he helped us both cope with Kate and Ted’s nightmare at Walker Farm and in Massachusetts. The uncle I thought had committed suicide came back for revenge. Ted is being held in jail now for the plot to ruin Kate. Bill doesn’t know where Kate went, which was our hope when he dropped her at the airport, so she’s in charge and determines when she makes a return. That mother-daughter talk will have to wait until she’s ready. She left me with only a letter explaining that she is my birth mother, and I have a father who doesn’t know I’m alive. It’s little wonder my decision not to marry Alec at this time is frustrating for him. I’m so afraid something in my past will hurt Alec or his mother.

“Hey, I was about to call you. Have you heard mainstream news?” Bill Drake asks.

“You’re on speaker with Mom and Annalisse. I’m at the gallery, and yes, we’ve read the gossip rag’s trash.” Alec lays the phone on the desk.

“Hi, Bill,” I chime, imagining what color palm tree shirt he’s wearing with his chinos. “Did we catch you at a bad time?”

“Not in the least. I’m in Connecticut, finishing up a case. What’s up?”

“Can you break away to join us in Lecce?” Alec looks away from the speakerphone.

“Italy,” he says, staring at an imaginary spot above my head.

Gen whips around to glare at Alec. “Son, where are you going?”

I’m just as shocked. It’s stifling enough to have Brad, Alec’s bodyguard and chauffeur, along on the trip. Since there’s already three of us, one more will ensure zero privacy with Alec. Not the trip of my dreams. We’ll put off the romantic venture for another time.

“Do you want me to reopen the earlier investigation on the Signorile accounts?” Bill asks.

“What investigation? You never mentioned this before.” Gen grabs another tissue.

Alec raises a palm toward his mother. “It’s more complicated than that, Bill. I spoke to Josh already.”

“Is that right? Wow. Surprised he’d take your call after being fired.”

Alec erupts into mirthless laughter. “Bring all you’ve got on Josh Jennings before, during, and after his tenure with Signorile. Go deep, really deep into the slimy mud if you have to, and meet us at the Challenger hangar.”

“Text me the address and gate. When and what time?”

Alec whispers to me, “What time will you be ready in the morning… six, seven?”

“Name it.” This is Alec’s mission, and I’m along for support, even though our beautiful, scheduled destination is a smoking pile of rubble blown up by an ex-employee I’ve never met.

“We don’t have time to waste. Can you make it from Connecticut to the hangar, say, by seven thirty a.m.? You’ll be able to get your beauty rest on the plane. Pack for at least a week. The ocean air is nice during midday and a little cool at night.”

Lecce must be near the coast. Alec notices my confusion because he walks by and sits on the arm of my chair.

“Anything else?” Bill asks.

“Yeah. A woman was found murdered in Josh’s office, wrapped in concertina wire. He’s the suspect.”

Alec’s admission triggers the weird visual in Gen’s office. Is that the woman I saw? I don’t know whose silence is more deafening, Bill’s, Gen’s, or mine. 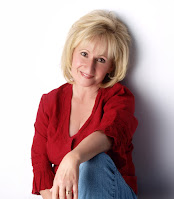 “Mystery at a killing pace”
Marlene M. Bell is an award-winning writer, artist, and sheep breeder who resides in beautiful East Texas. Her renown sheep photographs grace the covers of many livestock magazines.
The third book in the Annalisse Series releases in 2021. Scattered Legacy is an international mystery with light touches of romance. Stolen Obsession and Spent Identity, books one and two, received numerous awards including the Independent Press Award for Best Mystery in 2020. Her mysteries can be found at marlenembell.com.
Marlene also writes children’s books. Her first children’s picture book, Mia and Nattie: One Great Team! is based on true events with Natalie from the Bell’s ranch. It’s a touching story of compassion and love between a little girl and her lamb. Mia and Nattie is honored to be a Mom’s Choice Gold Award winner.
Marlene shares her life with her husband and a few dreadfully spoiled horned Dorset sheep: a large Maremma guard dog named Tia, and cats, Hollywood, Leo, and Squeaks. The cats believe they rule the household—and do.
Newsletter Sign Up: https://www.marlenembell.com/books
Blog: https://www.marlenembell.com/blog
Twitter: https://twitter.com/ewephoric
Facebook Page: https://www.facebook.com/marlenembell
Facebook: https://www.facebook.com/marlene.bell.3194/
Goodreads: https://www.goodreads.com/author/show/17642396.Marlene_M_Bell
BookBub: https://www.bookbub.com/profile/marlene-m-bell 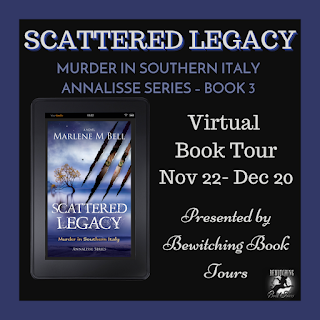 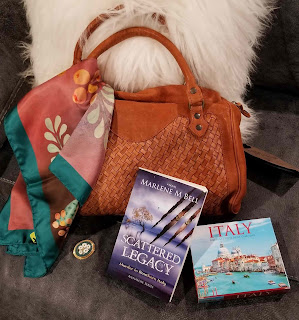