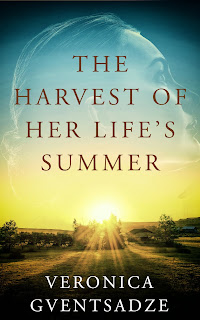 The Harvest of Her Life’s Summer

Tagline: “A bittersweet tale from Russia, with love.”

Alexandra Baumann, a Russian immigrant in Canada, learns a painful secret her mother has kept for thirty years. Shortly before the family emigrated from the Soviet Union, Alexandra’s father generated groundbreaking research that should have secured him fame and fortune but was appropriated by his boss. Alexandra’s single-minded drive to write Papa’s story threatens her prospects of romance and her relationship with Grace, her oldest friend. Now, Alexandra must bring down her guard if she wants happiness and the truth about what brought her family to the New World.

Excerpt
Alexandra put on a denim jacket and headed for the little mall with a sign for sushi. She placed her order for sashimi, miso soup, and a dragon roll, and sat listening to lulling music and the burbling of water in a tank that housed large decorative carps. Back at home she decided she was too hungry to assemble the dining table. She arranged her lunch on the countertop and pulled up a barstool, sitting sidesaddle like a lady on horseback. Look, Mama. See how gracefully I’m perched on this stool. And a fat lot of good it’s doing me. You really think men care for these things?
After lunch she worked as fast as she could, populating the condo with her trinkets, her hexes against desolation.
Alexandra heard beeping and opened her eyes to a strange room that contained nothing but a bed. She was lying on it, but instead of bedding there was a sleeping bag in which she was cocooned. Her mind shuffled the information with puzzled haste and produced the answer. This was her own bedroom. She’d tired herself out and had taken a nap, and now she’d woken up for the first time in her new home. That was fine, she told herself. She’d bought the place, and it was hers to fall asleep in.
Alexandra realized what had woken her up: the salvo of optimistic little beeps proclaiming the end of the drying cycle. She’d washed a load of laundry and had put it in the dryer before taking her nap. The idea was to make sure the appliances were working properly first thing after moving in. She got up and went to unload the dryer before the clothes cooled into a crumpled heap. She folded them on the bathroom counter, which was still empty except for a toothbrush, mug, and a vial of liquid foundation. The mug was from the Vancouver Aquarium, with a green tree frog perched on the handle, a tribute to her love of frogs and toads. It was a gift from a friend in Thunder Bay, given long before she suspected she would see Vancouver one day. At the time, her mental image of Vancouver Island was a green lawn the size of a golf course, an invigorating swim’s distance from the mainland. She didn’t realize until much later that the island was the size of one or two European countries, reachable only by passage on a ferry or by air travel.
The bottle of Christian Dior liquid foundation wasn’t cheap, but was well worth the price. She’d purchased her first vial back in Toronto and had wondered where she’d be when it ran out. It lasted two years and took her to the West Coast and to her first job out of pharmacy college. This was her second vial, now half-finished. She used it much more often now that she needed to look professional. She had long hair the color of ripe wheat, gray eyes behind glasses that were supposed to be trendy but made her look like a schoolgirl, and the wide potato nose of her peasant ancestors. She liked her nose for defying Mama’s aristocratic pretensions.
Stretching, she looked around at her new bathroom. Such a waste. The claw-foot tub was clearly the focal point of the room, but Alexandra had never liked taking baths, greatly preferring showers. Taking a bath was just soaking in bits of your own dead skin. Disgusting. It seemed inappropriate to maintain such intimate contact with what used to be you. But people did it all the time and thought nothing of it, glamorous people like movie stars, so maybe Alexandra could learn, too.
It occurred to Alexandra that she was now the same age as her mother was when they first came to Canada. Mama was then a new immigrant with a gainfully employed husband, a ten-year-old daughter who would grow up in this new land, and a degree in Russian history that gave her precious few prospects for a job. By now they’d all acquired Canadian citizenship, but Mama’s soul would remain Russian. Alexandra was single, with no boyfriend let alone a husband, no great urge to get married at all, but with a pragmatic degree in a pragmatic profession that assured her a good living. Her life was streamlined to the point of minimalism, and—she wanted to believe—free from her ancestors’ hang ups that brought happiness to no one.
She finished folding the laundry as the sun came out and promised quiet evening light. The North Vancouver condo had a miniature yard that had looked like a park in the realtor’s photos. Alexandra knew well that such photos conjure up distance and depth, and didn’t begrudge the yard its actual petiteness. With this acquisition she was now a complete adult, with a mortgage to prove it. She unfolded a deck chair under the boughs of a cedar, leaving the screen door open for Tassy. Maybe Mama was right, and the cat really would appreciate a chance to walk about. But when Tassy in her obligate curiosity crossed the threshold, she was frightened by the sky, by the absence of a ceiling to this new room she’d entered, and she bolted back inside. It’s too late for her, Alexandra thought with relief and a tinge of guilt. The yard didn’t belong to Alexandra, it was strata lot, but that made little difference. The air, redolent with the sweet perfume of the cedars, was hers to enjoy, and the brilliance of young grass in late May was the same in this little yard as on the lawns of overpriced mansions in West Vancouver. 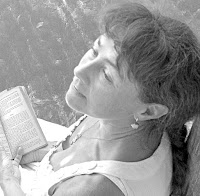 Veronica Gventsadze worked as a conference interpreter and a university professor of philosophy before training for her current profession of veterinarian. Her fiction is inspired by lessons learned from nature as well as a childhood of shuttling between Soviet Russia and the free world. 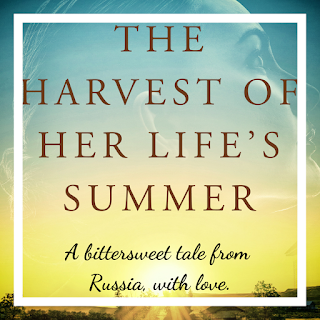