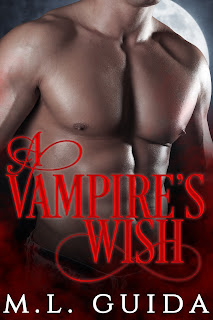 Tagline: He lost her once in another time. Will she give their love another chance?

Janus : I lost her once in another life. I’ve found her again, but she’s with another man. A man who beats her.

I won’t let him hurt her again. But if I move too fast, she’ll disappear again. Will I ever win her heart or am I destined to live alone for eternity?

Deirdre: A vampire’s claims he knew me over two hundred years ago, and I was his wife. He wants to pick up where we left off.

I can’t deal with his fantasies. I have enough troubles with escaping from my boss who is my fiancé.

Unfortunately, my only chance to escape from him is to trust Janus who stirs up feelings that I’ve never felt for any other man. They scare me. What if he’s right? What if in a former life I was in love with him? Could I possibly be feeling desire for a vampire?

A Vampire’s Wish is the first book in ML Guida’s new sexy, vampire series. If you like page-turning action, dark heroes, kick-ass heroines, then you’ll fall in love with new series from an award winning author.

“Yes, spoiled me actually. Fancy dinners. Expensive clothes. But it wasn’t the money I loved. It was his humor and his tenderness.” She lowered her gaze. “He’s my boss. I’m his secretary.”
“Your boss?”
“He’s an attorney. A powerful one.”
“And?”
She strolled over to his small Christmas tree. “You’ve got a beautiful tree.” She glanced at the box of ornaments on the coffee table. “How come you haven’t decorated your tree?”
“My family’s tradition was to decorate the tree on Christmas Eve.” He left out that that it had been their tradition, one he had kept up after all these years.
She reached into the box of ornaments and pulled out a white porcelain horse ornament with roses on the saddle. “Brandon helped me out during some dark times.”
Janus held his breath. Interesting she focused on that one. She had cherished the little horse when she’d been alive. He’d given it to her their first Christmas.
She stroked the horse, just like she had when she was alive as Delores. Wishing, hoping, he tried to remain calm, but his hands shook. The slip of a woman was about to bring a master vampire to his knees.
He nodded. “There’s a story that goes with that horse.” His voice trembled, and she lifted her slender eyebrow.
“Oh?”
“The story goes that a little girl came to Jesus’s manager. Heartbroken, she had no gifts to bring to the poor infant, so she cried. Her tears turned to roses when they splashed onto the ground. She quickly gathered the blossoms and offered him a bouquet of red blooms. The roses on the horse’s saddle are a tribute to the little girl.”
“What a lovely story. I love roses.” She sat on his leather couch and crossed her legs. “They’re my favorite flower.”
Janus forced himself not to move. Delores had a magic touch with gardens. Her flowers were grand and brilliant, and at each of their homes, their rose gardens shadowed their neighbors. At midnight, she used to stroll in the garden and inhale their fragrant scent, but he liked to spread her naked body on a bed of rose petals, the moon shining on her skin, her brown hair fanning over the petals. He ached to take her again, to kiss her, to spark her memory.
“Brandon is allergic to roses.”
He gripped the arm chair. “Allergic?”
“Yes. However, he’s a great gardener. Has a green thumb and grows zucchini, squash, tomatoes, and cucumbers. Before we started living together, he’d bring his produce into the office.”
“You were telling me why you’re with him.”
“A drunk driver killed my parents on New Year’s Eve.” She brushed more tears off her face. “Sorry.”
He handed her a box of tissues.
“Thank you.” She wiped her cheeks and blew her nose. “This is the first holiday without my parents.” She broke down and sobbed. 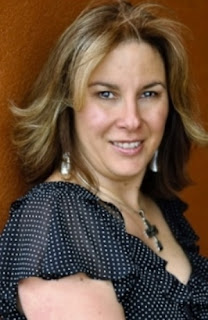 Award Winning Author M.L. Guida loves science fiction and the paranormal. From Star Trek to Dark Shadows to Supernatural, she fell in love with things that go bump in the night. But it was the heroes, she loved the best. No matter what happened, those characters never gave up. Now, her heroes are following their footsteps. Whether it’s a shape shifter from outer space or a vampire from the past, her wounded heroes always find a way to conquer battles and win the heart of the feisty heroine. Because even in a world of darkness, true love survive. 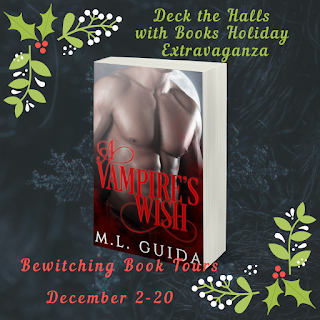 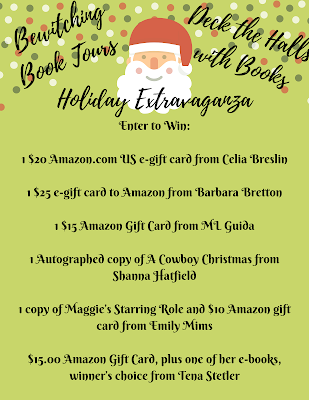 The Cat Who Ate His Tail by Jacqueline Simon Gunn