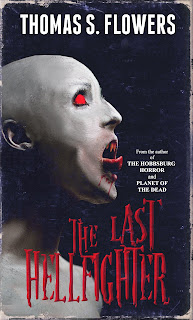 
Date of Publication: Aug 10, 2018
ISBN: 1724369202
ASIN: B07FFND86J
Number of pages: 277 (Kindle)
410 (paperback)
Word Count: 78K
Cover Artist: Michael Bray
Tagline: They thought vampires were fantasy. They were wrong.
Book Description:
In the year 2044, reporters from the Public Relations Ministry gather at the home of Benjamin Harker, the last surviving member of the Harlem Hellfighters. At the age of 144, he is the oldest recorded man alive. Hidden among them, Clyde Bruner is looking for a different kind of story. Across the United States, despite the Great Walls and patrol drones built to keep America secure, something has found its way in. And now towns are vanishing during the night. Entire populations, gone. Only to return after the sun sets, changed, unholy, and lethal. And whatever this evil is, its spreading west.
According to a bedtime story Bruner’s grandfather told him when he was a boy, Benjamin Harker has seen this before. He’s faced this scourge. Fought this evil. Survived them. Killed them. From the trenches of the Great War to the jungles of Vietnam to the sands of Iraq, Harker will search his past to save our future.
But as each city light extinguishes across the country, is there no time left to stop what’s coming?
Amazon
About the Author:
Who doesn’t love a good story? Thomas’s favorite books include All Quiet on the Western Front, Salem’s Lot, and Hell House.
In his own writings, he aspires to create fantastic worlds with memorable characters and haunted places. His stories range from Shakespearean gore, classic monster tales, and even stories that hurt him the most to write about, haunted soldiers and PTSD. Residing in the swamps of Houston, Texas, with his wife and daughter, Thomas’s debut novel, Reinheit, was eventually published with Shadow Work Publishing, along with Lanmò, The Hobbsburg Horror, FEAST, Beautiful Ugly, and Planet of the Dead.
His veteran focused paranormal thriller series, The Subdue Series, filled with werewolves, Frankenstein-inspired monsters, cults, alter-dimensional insects, witches, and the undead are published with Limitless Publishing.
In 2008, Thomas was honorably discharged from the U.S. Army where he served three tours in Operation Iraqi Freedom. In 2014, Thomas graduated from University of Houston-Clear Lake with a Bachelors in History. He is the senior editor at Machine Mean, a site that reviews horribly awesome and vintage horror movies and books from guest contributors who obsess over a wide range of strange yet oddly related topics.
Website https://thomassflowers.com/
Twitter https://twitter.com/ThomasSFlowers
Facebook https://www.facebook.com/ThomasSFlowers/
Goodreads https://www.goodreads.com/author/show/9537035.Thomas_S_Flowers
Machine Mean https://machinemean.org/
Newsletter Sign Up https://bit.ly/2onPLYV