Michael Williams was a soft city boy, and she was willing to bet he not only

indulged in regular manicures but perhaps even enjoyed the occasional facial. She

wondered whether he had rolled up his sleeves for fear of getting his expensive,

He was definitely not her type.

She smirked as her gaze traveled back up to his eyes. They were staring back

Caught red-handed! Her smirk faded and her cheeks reddened. She grabbed

painting of a pig in an apron that was hung behind his left shoulder.

Something primal lurked below the surface of his gaze, and it drew her back

in. It was as if she stared into the eyes of a caged animal set to pounce. Not one

in captivity.  Perhaps he hadn’t always been a city boy? 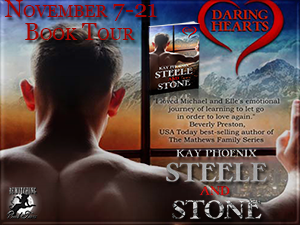 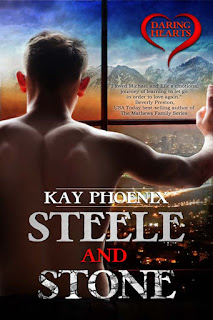 Steele and Stone
Daring Hearts Series
Book One
Kay Phoenix
Genre:  Contemporary Romance
Publisher: The Wild Rose Press
Date of Publication:  November 2, 2016
ASIN:  B01LYUQ75N
Number of pages: 170
Word Count:  41,140
Book Description:
Elle Thompson was raised in Denver. She paints. She hikes. She knows how to avoid cougar attacks.
The only cougars Michael Williams usually worries about are the ones that wear leopard print leggings on 5th Avenue.
But, when his acquisition firm sets its sights on Elle’s family business, his tidy life goes awry. As things unravel, so do all his preconceived notions of love and what makes a perfect partner.
Amazon     Wild Rose Press 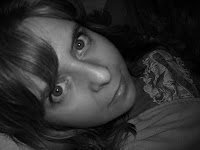 About the Author:
Ms. Phoenix is a rare bird herself, a lifelong resident of Las Vegas, Nevada. She belongs to Las Vegas Romance Writers and serves on the board.
Prior to writing, Kay was a Graphic Artist for fifteen years in the casino industry and holds degrees in both Graphic Arts and Psychology. In her spare time she enjoys hiking, camping and photography. Her art and photography are displayed in Las Vegas art galleries several times a year.
Kay writes in the contemporary and paranormal romance categories, as well as non-fiction articles.
Please visit her website at www.KayPhoenix.com
http://kayphoenix.blogspot.com/
https://twitter.com/KayPhoenix_
https://www.facebook.com/AuthorKayPhoenix/
https://www.facebook.com/KayPhoenixAuthor

I am sure this paragraph has touched all the internet people, its really really good paragraph on building up new web order kamagra online usa. Kontakt – viagra ohne rezept versandapotheke. Viagra wird eine echte Inadvertently b perhaps bieten! These are genuinely enormous ideas in regarding blogging viagra expiration date.