“No. Pretty much what it sounds like. Cliche as it may be, we are not alone in the

Dani held Jared’s gaze. She’d heard what he said, but couldn’t process the words. They

sat on her brain like little beings, patiently waiting to be let in. Knock, knock. Dani let out a

nervous laugh. Maybe if I ignore them, they’ll go away. Jared didn’t blink. Or maybe not.

“Nah, I’m human, just like you. I’m what they call a Support Agent, or SA for short. I do

what I can for Ian and the other EPs, but I’m based with Ian.”

“Support agent, not secret agent,” Jared said. “Although, we are a secret.” 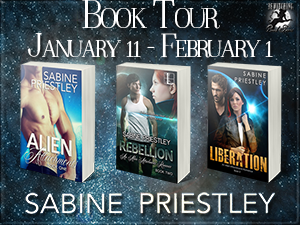 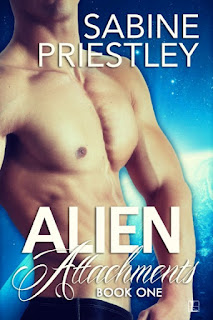 Alien Attachments
Alien Attachments
Book One
Sabine Priestley
Genre: Science Fiction Romance
Publisher: Kensington / Lyrical
Date of Publication: 8/18/14
ISBN: 978-1-61650-566-4
ASIN: B00KYUNEKO
Number of pages: 208
Word Count:  75K
Cover Artist: Renee Rocco
Book Description:
Finding one’s psi-mate is something every Sandarian hopes for, but when Ian Cavacent accidentally starts the bonding process with the Earthling, Dani, he has to fight his desire with every ounce of his being. If the process is completed, it would be both political and financial suicide for Ian and his family.
A natural klutz, Dani somehow always manages to land on her feet and win those mixed martial arts matches she’s so fond of. At home on Cat Island her balance is thrown when bazillionaire Ian takes notice.
Unfortunately some butt-ugly Torog aliens also take notice sending her life spiraling out of control and into Ian’s arms. But Dani isn’t the type of woman to let some alien voodoo decide her future or her mate…no matter how gorgeous the man is or how much pleasure he gives her.
For centuries the Cavacents have mined Earth for a precious element, carnium, while protecting the planet from other alien species.
Thanks to the Torogs, Dani and Ian must flee to Sandaria. As Dani learns to use her newfound psi powers, the empire crumbles around them.
Will their love be strong enough to keep them alive and get them back to Earth?
iTunes     Amazon     BN    Kobo 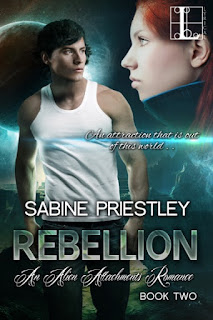 Rebellion
Alien Attachments
Book Two
Sabine Priestley
Genre: Science Fiction Romance
Publisher: Kensington / Lyrical
Date of Publication: 10/13/15
ISBN:  978-1-61650-579-0
ASIN: B00SED1K1I
Number of pages: 169
Word Count: 72K
Cover Artist: Cora Graphics
Book Description:
Ria Montori is no stranger to kicking ass. Though petite in size, she packs a punch as a former Sandarian military officer who currently serves the Cavacent clan on a strange planet called Earth. She has no interest in seeking her one psi-mate who could bring her unparalleled pleasure through a sensual, otherworldly bond. She has no time for a lover of any kind. So why is she lured in by the beguiling Curzan native who just killed a government official?
Ty Sordina hates Ria’s kind. The Sandarians murdered his parents while he watched and enslaved his people. Driven by revenge, he vows that nothing and no one will stand in his way. Especially not a feisty redhead who challenges his every instinct and calls to his psi like no other.
But war is coming. And the two must succumb to temptation for only the power of their completed bond can defeat and destroy the enemy. But only if they surrender…
Book Trailer: http://sabinepriestley.com/blog/new-trailer-for-rebellion/
iTunes     Amazon    BN 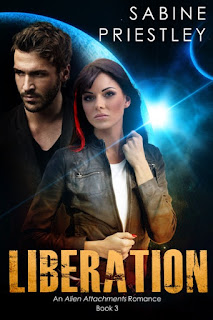 Liberation
Alien Attachments
Book Three
Sabine Priestley
Genre: Science Fiction Romance
Publisher: KAC Publishing
Date of Publication: 12/1/15
ISBN: 978-1-62517-957-9
ASIN: B0157A0DP4
Number of pages: 206
Word Count: 72K
Cover Artist: Nathalie Gray of Kanaxa Designs
Book Description:
Following the signal of foreign psi to an old abandoned building on Florin 5, Balastar Alder literally stumbles across the pugnacious raven-haired beauty, Kit Athorika.
He’s not the only one who’s looking for the mysterious portal making devices in her possession. When Torogs attack, she ports them to safety. Without the help of a single Portal Master.
Balastar offers to repay the favor by getting her off-planet and back to her own ship. Their escape is complicated when the Torog’s pursue. Forced to go silent and lay-low in an asteroid field, they have little to do. Fortunately, the chemistry between them ignites and they find endless ways to occupy their time.
Balastar convinces her to come and meet his boss, Lord Cavacent. Recently relocated to Earth, the Sandarian clan included a handful of rogue Portal Masters. Kit has her own reasons for hating and fearing the Portal Masters, but she needs all the help she can get to save her planet. She reluctantly agrees to seek out Lord Cavacent’s help, and his connections to the Galactic Trade Organization and its powerful military.
The Portal Masters’ Guild on Sandaria has controlled intergalactic portals throughout the galaxy for centuries, and jealously guard their secrets. One of those secrets has kept Kit’s home world under quarantine for nearly thirty years.  But portals across the galaxy are failing and the guild is getting desperate.
Finding themselves bonded wasn’t expected, but having a psi-mate had its advantages. Can they free an entire planet and take down a guild as old as the  Masters without losing their lives?
Book Trailer:  http://sabinepriestley.com/blog/liberation-trailer/
iTunes    Amazon    BN 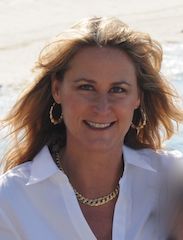 About the Author:
A lifelong lover of books, Sabine grew up on Science Fiction, Fantasy and Romance novels. As a child she wanted to be an astronaut and travel the stars looking for aliens. As an adult she’s seriously disappointed we’ve yet to establish so much as a moon base (although she gives a hearty nod to the ISS) and is pretty sure Humans aren’t ready to meet ET.
An Electrical Engineer and Cultural Anthropologist by training, she’s a geek with heart. She’s lived in more states than she cares to admit and loves to travel. When not in far off lands, you can frequently find her walking the local beaches and plotting her next adventure.
Sabine lives in Florida with her husband, kids, cats and an increasingly large mess of characters in her head.
Website: http://www.sabinepriestley.com
Twitter: @SabinePriestley
Facebook: https://www.facebook.com/Sabine-Priestley-144605875630586/
Amazon: http://www.amazon.com/Sabine-Priestley/e/B00MSZIFQG/ 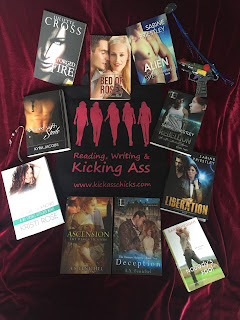 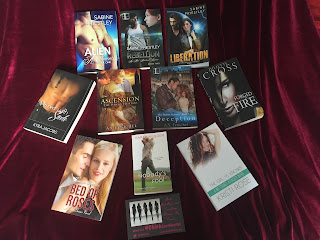 Kaufen Sie Viagra unter costco cialis. Ein schneller Effekt mit Viagra ist garantiert! Unsere Schwerpunkte liegen in den Bereichen Label & Packaging. In my opinion, if all webmasters and bloggers made good vente de nolvadex sur internet content as you did, the net will be much more useful than ever before. This includes nitroglycerin, isosorbide dinitrate, viagra online amazon, as the magazine put it, given that Pfizer scientists discovered the drug.

One thought on “Alien Attachments by Sabine Priestley”