Excerpt Book 2:Sarai concentrated on precise, sharp movements with as much power as she could muster. She’d

only been working out for ten minutes or so. She’d started the day similarly yesterday. She cooked

breakfast, eating with the guys. She dragged George and Scott on more sightseeing trips. Today she’d

decided to explore a small portion of Central Park. She didn’t try to lose them this time. When they’d got

Now, Sarai tuned out Scott and George—who were sparring across the way from her—to focus

on her own drills.

“How about you try that out on a man who moves and reacts.”

Sarai spun on her heel to find Zac standing behind her. He was wearing running pants and a tight

tank top, which meant she didn’t need to use her imagination to picture the muscles of his arms and chest.

They were on display. Her own personal show. Sarai swallowed.

Then she computed what he’d said. How was she going to get out of this? The truth was she

couldn’t spar. Her visions messed her up. But that was a secret she had no intention of sharing with three

“Not really a good idea.”

He stared at her for a long moment. Then he glanced over her shoulder at George and Scott

who’d stopped to listen. “I’ve got this, fellas. Why don’t you go back up to the apartment?”

There was no doubt in her mind that was a command, not a suggestion. Clearly the guys thought

so too. She watched them leave the room with wide eyes.

As the door closed behind them, Zac’s hands landed on her shoulders, turning her to face them.

“Okay, kuluk. It’s just you and me now. What are you not saying?”

Sarai had never felt this vulnerable in her life. Or this scared. This man got to her in a way no one

else ever had. How was she supposed to resist that?

“Why is this so important to you?”

He moved his hands from her shoulders to frame her face, his fingers threading through the dark

blond strands of her hair. “Keeping you safe is important to me. I need to know how much you can defend

yourself if you have to. It will help me determine just what I need to prepare for. No surprises. Okay?”

Sarai took a deep breath. He couldn’t have meant it that way. Just the thought of being important

to this big, strong man connected with the frightened, lonely little girl who’d spent her life just trying to

survive. But she couldn’t think that way. She had to leave him, and that knowledge made her want to cry.

Seeing her hesitation, he brushed her cheeks softly with the pads of his thumbs. “Let me help you

with this burden,” he murmured softly, his voice a hypnotic, deep rumble.

Sarai bit her lip. Sharing this with him really wasn’t that big a deal. She knew she could trust him.

On a deep inhale, she gave a tiny nod and started talking before she could change her mind.

He gave her one of those rare little half-smiles, making her suddenly very glad she had agreed to

capitulate. Thankfully, he released her and stepped back, giving her room to breathe. 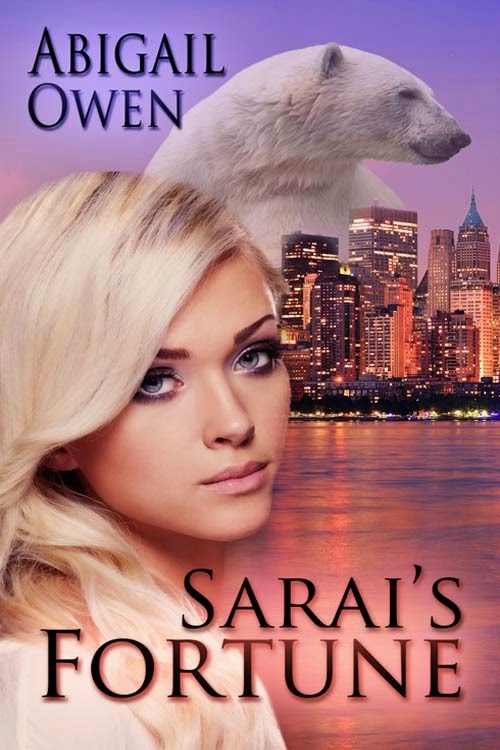 Sarai’s Fortune
Shadowcat Nation
Book 2
Abigail Owen
Genre: paranormal romance
Publisher: The Wild Rose Press
Number of pages: 246
Word Count: 60,000
Book Description:
Zac Montclair’s first priority is to protect his people. With the escalating war between factions of shifters over land and resources, he has agreed to an alliance between his polar bears and the Shadowcat Nation of cougar shifters. But the treaty comes with a condition…he must accept one of their Seers into his Timik and put her under his personal protection.
Sarai Bouchard doesn’t need her supernatural gift to know that Kyle Carstairs’s obsession with controlling her ability will eventually result in her misery and demise. Her power is essential to her people’s survival, so when Kyle goes rogue, she’s sent to Zac Montclair to keep her safe. However, her visions reveal that while staying will lead to their becoming lovers, it also leads to his death. Leaving Zac will result in her own.
If Sarai can’t find a way to change the future, she will be forced to choose…save her lover or save herself. 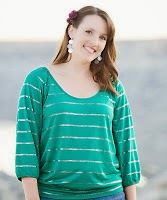 About the Author:
Award-winning paranormal and contemporary romance author, Abigail Owen was born in Greeley, Colorado, and raised in Austin, Texas. She now resides in Northern California with her husband and two adorable children who are the center of her universe.
Abigail grew up consuming books and exploring the world through her writing. A fourth generation graduate of Texas A&M University, she attempted to find a practical career related to her favorite pastime by earning a degree in English Rhetoric (Technical Writing). However, she swiftly discovered that writing without imagination is not nearly as fun as writing with it.
Website/Blog: http://abigailowen.com/
Facebook: https://www.facebook.com/Abigail.Owen.Books
Twitter: https://twitter.com/AOwenBooks
Pinterest: https://www.pinterest.com/abbyowen/