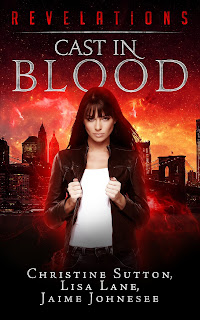 Revelations: Cast In Blood
Christine Sutton, Lisa Lane, Jaime Johnesee
Publisher: DevilDog Press LLC
Publication Date: September 1, 2015
ASIN: B0117VK5JQ
Book Description:
An unknown force threatens Heaven and Hell, along with every soul on Earth. Three unlikely heroes join together to restore universal balance.
Will their shared adversary initiate an Apocalypse before they’re able to uncover the truth, or will they rise to a calling that has, from the beginning of time, been Cast in Blood?
Available at Amazon 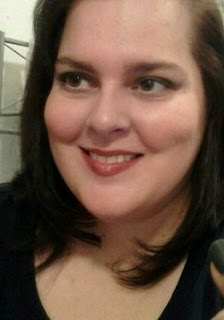 About Christine Sutton
Christine Sutton is the author of more than fifteen short stories, novellas and novels. While she tends to cross genres within horror, she is always passionate about scaring the hell out of you.
Her passion would have to be serial killer fiction, but she also loves ghosts, ghouls, demons and monsters of all types. Christine’s work ranges from modern day fairy tales to demonic soul eaters to ghostly children that just want to play. Her writing has been called passionate, realistic, gritty, fun, enthralling and tons of other cool adjectives.
You, too can pick up some of Christine’s work and come up with some cool adjectives of your own. It won’t be hard. I promise.
http://www.christinesutton.webs.com/
https://www.facebook.com/ChristineSuttonAuthor
http://www.amazon.com/Christine-Sutton/e/B005NNAKAE/
https://twitter.com/csuttonauthor 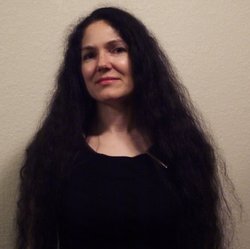 About Leigh M. Lane/Lisa Lane
Leigh M. Lane has been writing for over twenty years. She has ten published novels and dozens of published short stories–penning the majority of her speculative and literary works under Leigh M. Lane and her mainstream and urban fantasy stories under Lisa Lane. She is married to editor Thomas B. Lane, Jr. and currently resides in the hot and dusty outskirts of Sin City.
For more information, visit her website at http://www.cerebralwriter.com
https://www.facebook.com/AuthorLeighMLane
http://www.amazon.com/Leigh-M.-Lane/e/B0055DSE6Y/
https://twitter.com/LeighMLane 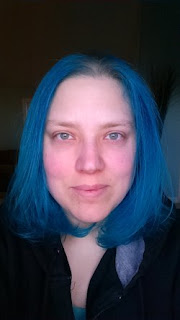 About Jaime Johnesee
Jaime Johnesee lives in Michigan with her husband and two sons. She spent fourteen years as a zookeeper before shifting her focus to writing full time. Known for her bestselling horror comedy series, Bob the Zombie, she is also currently coauthoring the paranormal horror series, Revelations, for Devil Dog Press as well as working on her Shifters series.
www.JaimeJohnesee.com
https://www.facebook.com/AuthorJaimeJohnesee
https://www.goodreads.com/author/show/5805832.Jaime_Johnesee
http://www.amazon.com/Jaime-Johnesee/e/B007P5CLDW/