“One of Tyrone’s boys is coming to get us,” Jean said, looking up and down the road.

Lana looked too, gnawing her lip. It figured the kid would be late. While the two older

women stood in the shade of a bus stop, catching up on twelve years of news, she paced. Out

into the piercing sun, then back into the muted shade. Out and back, out and back again, each

footfall a step into the past, then a determined about-face into the future. She tried to numb her

senses, but they kept darting around, tasting the arid flavor of this place, listening to its

emptiness. Everything felt so familiar, yet so strange, like visiting a childhood home after

someone else had moved in.

That was the strange part. Arizona had never been her home and it never would be. She’d

only visited once before. She went stiff at the memory, as if the old emotions might creep up and

carry her away. Emotions like hope and love and unexpected passion, blazing bright. She’d been

so young and impressionable back then — only twenty, and that was the problem. Too young to

know better than to fall in love with a vague scent in the hills. For a while, she’d even imagined

the scent came with a man.

But it had been a siren song at best, and it had ruined her. There was no man, no promise,

only a ceaseless whisper that stirred her during the day and haunted her at night. And now she

was back again, right in the thick of it: the heat, the dust, the lying air.

A faded Jeep Wagoneer pulled up to the curb and creaked to a stop. From what Jean had

said, Lana had been expecting the driver to be a newly licensed teen — a kid delighted for any

excuse to get out on four wheels. The type with narrow shoulders, a pocked complexion, and

She was not expecting this.

Lana gaped as the “boy” emerged from the car with a smooth, easy step. Evidently the

state of Arizona was now issuing driver’s licenses to rugged, six-foot-two slabs of muscle and

raw power. Authority bristled off him in waves, as if he were facing an entire platoon and not

just a couple of guests. Dark. Sensual. More than a little dangerous. This was their ride?

“Hello, sweetie.” Old Jean gave him a cheery peck on the cheek. The gesture made

Lana’s inner wolf hiss so fiercely that she wobbled and took a step back. Since when did a man

But why? She didn’t want or need a man in her life, especially one who was

And yet every molecule in her body was screaming Mine! 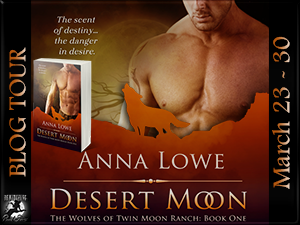 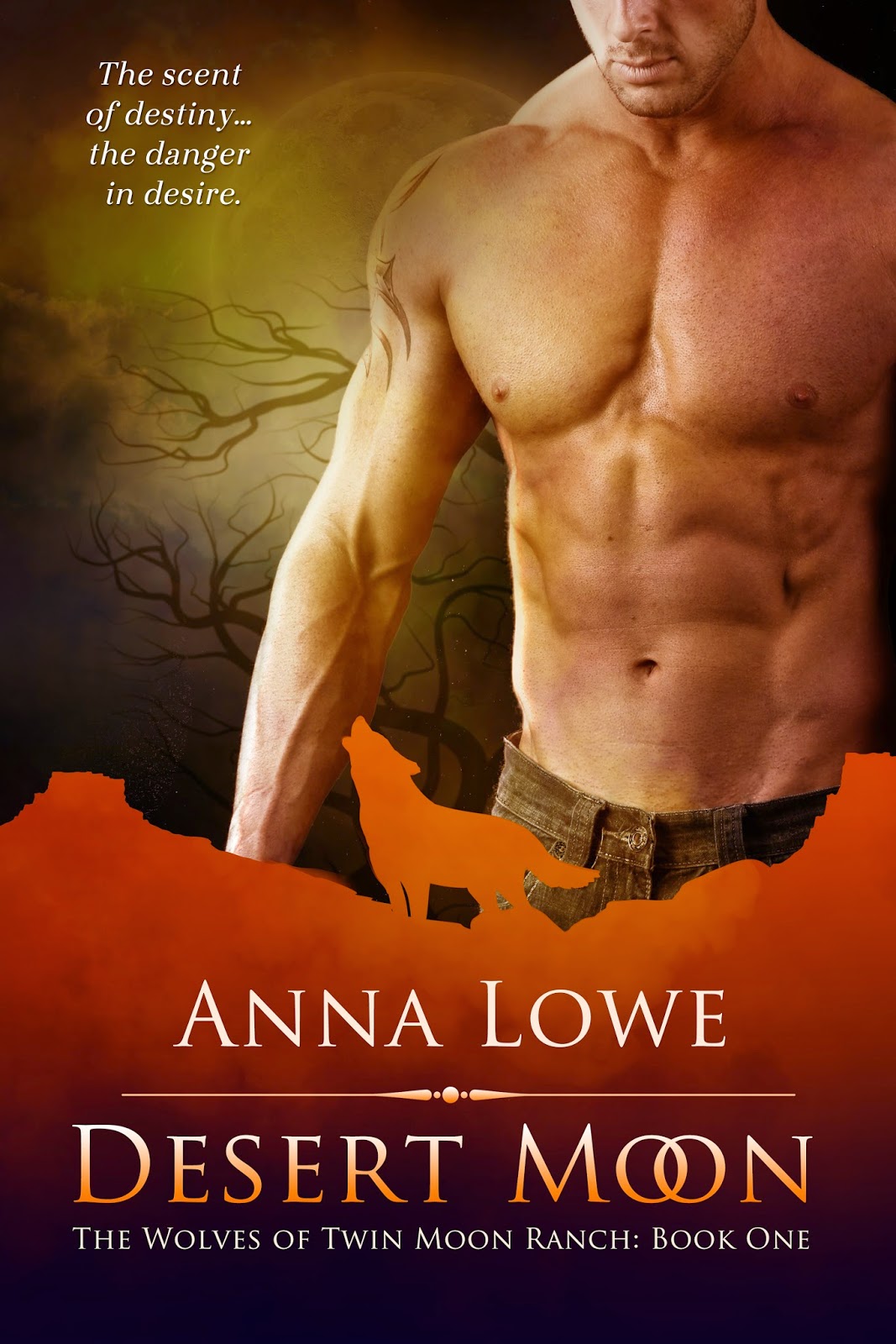 Desert Moon
The Wolves of Twin Moon Ranch
Book One
Anna Lowe
Genre: PNR
Publisher: Twin Moon Press
Date of Publication: March 4, 2015
ASIN: B00TEEHDPS
Number of pages: 133
Word Count: 38,800 (roughly 40k)
Cover Artist: Fiona Jayde
Book Description:
Lana Dixon knows well enough to steer clear of alpha males, but Ty Hawthorne is as impossible to avoid as the sizzling Arizona sun. Her inner wolf just won’t give up on the alpha who’s tall, dark, and more than a little dangerous. One midnight romp under the full moon is enough for Lana to know she’ll risk her life for him — but what about her pride?
Ty puts duty above everything — even the overwhelming instinct that says Lana’s the one. She’s the Juliet to his Romeo: forbidden. And with a pack of poaching rogues closing in, it’s hardly the time to yield to his desires. Or is love just what this lonely alpha needs to set his spirit free?
There’s more than meets the eye on Twin Moon Ranch, home to a pack of shapeshifting wolves willing to battle for life and love.
Available at Amazon 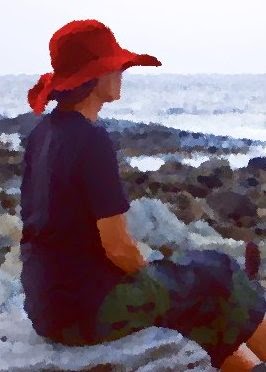 About the Author:
Anna Lowe loves putting the “hero” back into heroine and letting location ignite a passionate romance. She likes a heroine who is independent, intelligent, and imperfect — a woman who’s doing just fine on her own. But give the heroine a good man (not to mention a chance to overcome her own inhibitions) and she’ll never turn down the chance for adventure, nor shy away from danger.
Anna is a middle school teacher who divides her time between coastal Maine and a village in view of the Austrian Alps. She loves dogs, sports, and travel — and letting those inspire her fiction. Once upon a time, she was a long-distance triathlete and soccer player. Nowadays, she finds her balance with yoga, writing, and family time with her husband and young children. On any given weekend, you might find her hiking in the mountains or hunched over her laptop, working on her latest story. Either way, the day will end with a chunk of dark chocolate and a good read.
http://www.annalowebooks.com/author/anna-lowe
http://www.annalowebooks.com/blog
https://www.facebook.com/pages/Anna-Lowe-Books/677291092359521