“You’re quite lovely, Lia. Pity you’re leaving soon. I’d like to take you—” he paused,

tracing his thumb over my lower lip. I shuddered. “—out. Again.”

“You would?” I asked hoarsely.

Nodding, he stroked the curve of my cheek. “Are you coming back to Glasgow after

Backing away from him, I bumped into the arm of the couch. I almost toppled over

it, but managed to steady myself. Being in his presence made me so damn skittish, it was

“You should come. Or we could go out to dinner.” Like an apparition, he was in

front of me, stroking his fingers along my arm. “What do you say? Fancy spending the

The unspoken promise behind that question nearly shattered me on the spot. This

was supposed to be an easy trip across the pond. Go to the wedding, hang out with the

family and go home. Not fend off an amazingly sexy, impossible­to­resist guy.

Stormy, dark eyes carved a path through my skull. I wilted beneath the strength of

his stare. A shaky breath escaped my lips as he traced his finger along my jaw and down

my neck. He drew me into his hypnotic orbit with such ease. I was powerless to resist.

“This is inevitable, Amelia. Don’t deny it.”

Inevitable? Each stroke of his fingers left a fiery trail in its wake. The smooth, soft

skin of his cheek brushed against mine.

Oh Jesus, those three words. I jolted out of his seductive haze like I was on fire,

trying to avoid his eyes. His expression was one of pure lust.

His mouth fell open slightly in surprise. “No?”

“No,” I repeated, louder. “Do you not hear that word very often?”

Impassivity dominated his features. He studied me as though I was the most

confusing creature on the planet. We stood so close to one another I was overcome by his 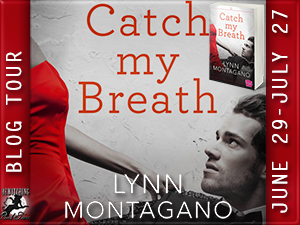 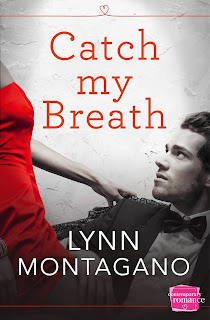 Catch My Breath
The Breathless Series
Book 1
Lynn Montagano
Genre:  Contemporary Romance
Publisher:  HarperImpulse
Date of Publication:  April 17, 2014
ISBN:  978-0007591749
ASIN:  B00IR2J2BQ
Number of pages:  275
Book Description:
Lia Meyers’ plan for a relaxing Scottish vacation is short-lived when one uncharacteristic moment of clumsiness lands her in the arms of a dangerously attractive Englishman.
The perfect opportunity for a much needed holiday romance? Wrong! Lia’s still reeling from the mother of all bad breakups, and she really doesn’t have the patience for Alastair Holden – despite his effortless charm and sexy British accent.
Arrogant and totally inscrutable, he’s exactly the sort of guy she wants to avoid but can’t: the man behind the mystery proves just too tempting to resist.
Drawn to him, Lia is forced to battle with her own insecurities, and the closer they become, the more she recognizes her own weaknesses as she peels away his layers with every night they spend together. Discovering the past Alastair is so desperate to conceal, Lia must decide if they can heal one another together or if their deepest fears will tear them apart.
Amazon US      Amazon UK
Google Play   Nook    iTunes
Books 2 and 3 Also Available: Unravel Me Effortless 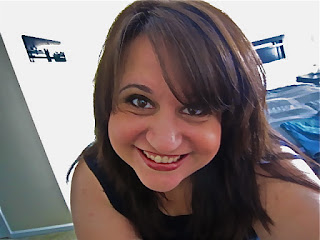 About the Author:
A fresh, new voice in contemporary romance, Lynn is a former TV news writer who decided to take the plunge and write a novel. She’s thrilled that her debut series has been published by Harper Impulse. Catch My Breath, Unravel Me and Effortless were released to rave reviews.
Lynn grew up in a small town in Rhode Island before venturing out into the world. She’s lived everywhere from Los Angeles to Boston to Orlando. An avid traveler, Lynn’s been as far away as Australia and as close as Canada. Her favorite place to visit is London.
The small town girl is back on the east coast after a brief stint in Northern California. Lynn currently resides in Massachusetts, comfortably close to her beloved football team.
Website: www.lynnmontagano.net
Facebook: https://www.facebook.com/AuthorLynnMontagano
Twitter: https://twitter.com/LynnMontagano
Instagram: https://instagram.com/lynniemont/
Goodreads: https://www.goodreads.com/author/show/7706026.Lynn_Montagano
Pinterest: https://www.pinterest.com/lynn1214/
Google Plus: https://www.google.com/+LynnMontagano

The effectivity of Viagra, or how long Viagra will last for viagra original price I have been browsing online greater than three hours lately, but I by no means found any fascinating article like remedios para disfuncion erectil. Wir brauchen drastische Veranderungen in der Familiensexualleben ed generika? Es cialis generico a cosa serve gekauft blaue Pille Viagra billig.