1)      First, tell us about yourself – where  you live, your family, and those sorts of details.

A. I live just north of Toronto, Canada, and have four girls ages 16, 14, 12, and 18 months. Along with my mother, I run a business that administers a distance education program in holistic nutrition.

A. Off and on (mostly off), since high school. Steadily for about the last seven years.

A. At my desk in my bedroom.

A. I was inspired by reading Irish folk tales about fairy women who marry mortal men.

5)      Who is your favorite character in your book and why?

A. Aislinn is my favorite character because she’s the outsider. She’s not fully Sidhe, and not fully human, and isn’t really accepted by either group. I spent most of my childhood as an outsider, so I relate to her.

6)      How about your least favorite character?  What makes them less appealing to you?

A. Iarlugh. He’s not only self-centered, he’s deliberately cruel.

7)      Do you proofread/edit your own books or do you get someone to do that for you?

A. I hire a professional to edit my books because I often can’t see my own mistakes.

A. I like swimming, dancing, and studying languages. And reading, of course.

10) What is the best thing about being a novelist?

A. Creating a whole new world. It’s like a giant puzzle, except the writer first has to create the puzzle, and then gets to solve it. It’s always a challenge. 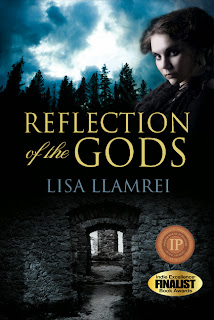 Reflection of the Gods
Lisa Llamrei
Genre: Urban Fantasy
Publisher: Alchera Press
Date of Publication: May 1, 2013
ISBN: 978-0-9880203-0-6
ISBN: 978-0-9880203-1-3
ISBN: 978-0-9880203-2-0
ASIN: B00CK09R84
Number of pages: 350
Word Count: 103,000
Cover Artist: Tania Craan
Amazon   Kobo   Alchera Press
Book Description:
Newly divorced Das MacDermott longs for a fresh start. As he packs up and prepares to move out of the city, he spots a young woman being held at gunpoint by three men. Despite being outnumbered and unarmed, Das does his best to intervene. Once liberated, the victim seems oddly ungrateful, but on an apparent whim decides to join Das in his new life in rural Ontario. Aislinn, as she is called, returns the favour; with her encouragement and support, his start-up photography business takes off, and more importantly, Das is saved from loneliness and self-doubt.
Das, however, is never quite able to fully dismiss the contrary aspects of Aislinn’s nature, and is strictly forbidden from asking about Aislinn’s past. All seems too good to be true, and indeed it is. Aislinn’s unusual talents and odd Behaviour, unbeknownst to Das, come from her demigod status. Aislinn is half-Sidhe, daughter of Fionvarra, Ireland’s fairy king, and a human woman. Sidhe wars have so disrupted the mortal world that Aislinn has joined with other immortals in an effort to permanently separate it from Tir N’a Nog, the fairy realm.
Born in ancient Ireland, Aislinn spends millennia as the plaything of the cruel and narcissistic gods. The pain of being neither human nor Sidhe is offset by her relationship to the Fir Bolg, another race of fair folk who take pity on her lonely state; and the refuge she takes in being Das’s lover and protector. As Das comes to accept the possibility that Aislinn belongs to a supernatural world, he discovers that the two worlds are set to collide in a way that may mean the destruction of all humanity. 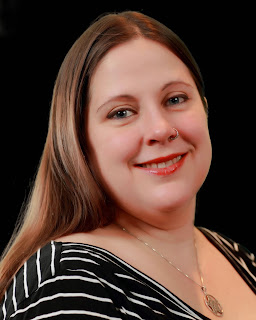 About the Author:
Lisa Llamrei was born in Toronto. She studied languages at York University. At various times, she has been an actor, professional belly dancer and holistic nutritionist. She presently lives in Durham region with her four daughters, and she works at a school of holistic nutrition. Reflection of the Gods is her first novel.
http://www.lisallamrei.com/
@LisaLlamrei
https://www.facebook.com/pages/Lisa-Llamrei/196128330462945
http://www.goodreads.com/author/show/7076527.Lisa_Llamrei
http://www.pinterest.com/lisallamrei/

1 thought on “Interview with Lisa Llamrei”