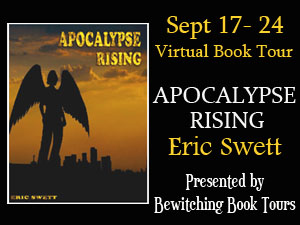 My top ten favorite books of all time (Not in any particular order):

The book is brilliant. The impossibility of events, the absurdity of war and incredible writing combined into one book makes this one of my all-time favorites. The main character, Yossarian, is one of my favorite literary characters as well.

Her Majesty’s Wizard by Christopher Stasheff

This book is a fun read and a book that touched me deeply as a teenager. There is a certain sense of nobility and faith in this book that makes my heart beat a little more strongly.

I, Robot by Isaac Asimov

This is classic science fiction at its best. I have not written a lot of science fiction, but I read plenty of it and it does affect the way I think and write. Aasimov’s tales of robots slipping past the constraints placed upon them by their creators have always interested me.

This was the first real post-apocalypse book I had ever read. I was very interested in the devastation caused by a comet’s impact on the world, but the story of life after the impact was what interested me most. Hollywood loves to show the disaster, but rarely takes the time to explore the world afterwards.

Dragons of Winter Night by Margaret Weis and Tracy Hickman

Conan the Magnificent by Robert Jordan

This is the first Conan the Barbarian book I can remember reading. Every few years I buy a new copy and read it again. Why do I have to buy a new copy? Because, I tend to give my copies to friends. I like to share the barbarian goodness.

The Eye of the World by Robert Jordan

The first time I read this book, it took me a long time to get through it, but the second time I devoured it. Robert Jordan set up his massive Wheel of Time series with this book and it is an incredible example of character development and introduction.

This book is massive and daunting in its scope. The constant success and setbacks that befall the hero of this book makes for an incredible read that leaves me emotionally exhausted by the end of it. PLEASE do not bypass this book just because the movie was so horrible.

Ben Bova brings a real sense of possible science to his writing and this first book in a series is incredible. The emphasis is more on the real world science and the characters than it is with any hard science fiction. This book taught me that science fiction did not have to be all about laser pistols and alien monsters. Good science fiction should be about the people first, and everything else second.

The Call of Cthulhu by H. P. Lovecraft

Technically speaking, this is not a book. It is a short story, but man what a short story it is. This is a centerpiece work of fiction by my favorite author and part of why I wanted to start writing in the first place. The narrative is terrific with the sense of terror highlighted by the characters’ reactions as much as by the imagery itself. 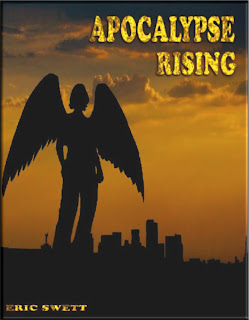 Apocalypse Rising
Eric Swett
Genre: Urban Fantasy
Publisher: Haileybug Publishing
ISBN: 1477524533
Smashwords:  9781476457451
ASIN:  B0085HB9C8
Number of pages:  178
Word Count: 58,042
Cover Artist:  Jan Marie Parupia
Book Description:
Long ago, an Angel surrendered his memories and his power when he left Heaven behind, so that he could make a difference in the real world. A couple thousand years walking amongst the teaming masses of humanity has left him disillusioned, but he refuses to give up. He spends his time with the forgotten souls of an urban slum, making a difference wherever he can.

When Justin witnesses the brutal murder of a woman at the hands of a ruthless business tycoon, he must run before his eternal life is cut short. Justin must swallow his pride in order to save himself, and the one friend he has left. The journey back to the fold is filled with danger and discovery as he finds himself in a race towards the end of the world. 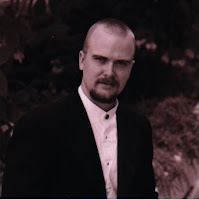 Author Bio:
Eric Swett started writing a story at 100 words a day in the spring of 2011 as an exercise while he worked on his novel. One year later and that exercise turned into his first novel, “Apocalypse Rising.”

He is the husband of Tracy and the father of Zachary and Connor. He works in the IT industry and is a recent transplant to North Carolina. He loves all things science fiction and fantasy and openly claims the title of geek.