Who am I? It kind of depends on the day. I am a human compendium of unrelated things. I used to think I was just weird, had shiny ball syndrome and couldn’t focus, scattered, you name it. Then I decided it was OK to be all over the place as long as each avenue I wanted to explore had meaning and purpose or was fun. So I embrace the fact I am a college professor (Go Capella), a writer of fiction and non-fiction,

promoter of other authors, human resource professional, business consultant, and all around interesting person (according to my closest friends).

There is so much I want to accomplish before I die and it isn’t going to happen if I do things one at a time. In 2011 it’s my goal is to accomplish the following things:

1.My official iPhone app launch (that in itself has raised my coolness factor at least 20 points according to my kids)

2. Official release of Chiczofrenia – crazy is an art form

3. Release of But It’s my Business iPhone app and website

5. Go to Europe or Australia or Rio de Janeiro for my 40th birthday

6. Release of Fragments by Tracy Bull, the first book published by my publishing company, Five Seas Ink, that’s not mine.

8. Release of the novel, Don’t Write in my Notebook

….and that’s just to name a few. It’s going to keep me busy and hopefully out of trouble. Well, maybe.

When I’m not working toward my goals I like, ok fine, LOVE wine, coffee, shopping, and books. I enjoy my kids, they are awesome. I hate the cold but yet live in the mid-west. Vegas is one of my favorite spots as I love to people watch and if I ever get married again it will definitely be in a drive through chapel by a fake Elvis. 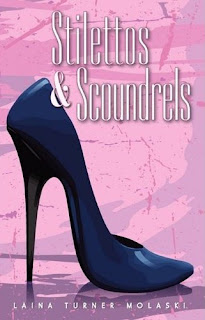 Presley Thurman, a sassy, thirty-something red head, was looking to reinvent herself. She didn’t allow the fact she was recently fired to bother her – she was ready to pursue her lifelong dream of becoming a writer. Presley was a lover of shopping and Starbucks, and even though she sometimes had bad taste in men, she always had great taste in clothes.

However, the new writing job turned into something unexpected when the U.S. Senator she was slated to write about was murdered – in her home town! Presley was excited – she hadn’t seen so much buzz since the spring sample sale at Saks. She was ready for this adventure, even if it didn’t seem to fit neatly into her life. She couldn’t pass up the opportunity to be in the middle of the buzz.

Presley was determined (not to mention curious) to find the killer and write her story. After all, she couldn’t afford her shoe habit without a job and she was certainly not one to shy away from danger. The only thing standing in her way was an old high school fling, Cooper Sands, head of the Senator’s security. He was not actually standing in her way, but because of his good looks, he was the biggest distraction and one she was having the hardest time overcoming. In spite of that, Presley was able to discover the Senator’s wife, Helen, had been having an affair… with her best friend’s boyfriend! Did Helen kill the Senator? Or was it the Senator’s love of gambling that got him killed? And what was Cooper’s secret tie to the mob boss Garrison Palazzo?

I was drawn to this book by its interesting title and cover.  I figured that this would be a bit of chick lit meets mystery by what the blurb had to say.  My gut was right in this fun loving romance/mystery.  The book starts as Presley is walking home down Chicago streets after being fired from her HR job.  She has spent the last several years dedicating herself to a job it turns out she hates to climb the corporate ladder.  She suddenly feels as though she wasted a lot of time.  Pres remembers that a friend had offered her a part-time gig doing some writing so she end up giving him a call and he hires her to write an article on a local Senator, who happens to be in her home town.  She is now headed back home to her annoying mother and people she has left behind.  She is looking forward to catching up with her old best friend, Katy.  Pres is less than thrilled when she arrives home to find her mother is trying to set her up with her old high school boyfriend.

Everyone she went to school with seems to be involved in some major in town,  everything from town Sheriff to the Senator’s security.  Pres arrives at her scheduled interview time with the Senator only to be denied by a old classmate to see him, but Pres catches him coming out of his office and he agrees to meet with her.  Before he does, she overheads him arguing with someone on the phone.  The next day the Senator ends up murdered and it is all a bit of a mystery.  Pres digs right in and tries to help solve the murder but she keeps getting in the way of her old classmates that are in charge.  Will she be able to figure out the murder without getting hurt or accusing someone who is not at fault?

I love Presley’s character, she is a fiery hot red head and trouble just seems to find her.  I enjoyed getting to know her through her old friends and her currently life and the mistakes she had made.  I can totally relate to her home town because it seems to be just like the town I grew up in and moved back to in order to raise my family.  A town where it seems like everything has two sides and it never really seems to be what you expect.  Pres runs into this with all of her old classmates.  It seems as though they  all fall back into their old roles for the most part and town gossip is running like crazy.

Pres and Katy both have some love interests in this story, okay maybe love is a strong word at this point but for sure lust!  And they are not the only ones, but I won’t share anymore about that because I don’t want to give away the story!  I think that it was interesting to watch both of these strong women deal with their feels and the ups and downs that go along with romance.  It was also nice that the romance didn’t get in the way of the murder investigation in this book.

Overall, I really enjoyed this story and would recommend it to anyone looking for a FUN-Loving mystery that has more twists and turns that you would expect.

My rating is 4 star – a really good read!

Visit the secret Nurturz Tour Book Special page to get your paperback copy of Stilettos & Scoundrels for $5.00 or your Kindle copy for $1.90.

Don’t miss out on these fantastic savings! 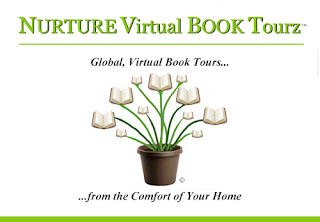 I was provided a copy of this book by the author and Nurture Virtual Book Tourz to read and review for my honest review.  There was no compensation provided for my review.