Why Write Fantasy? (Originally posted by Shevi Arnold on her blog on August 31, 2011)

If you’ve read any fantasy novel—such as Alice in Wonderland, The Wonderful Wizard of Oz, Harry Potter,  The Lord of the Rings, or Twilight—you knew it wasn’t real. Cats that vanish, leaving behind only a smile? Flying monkeys? Young wizards and witches casting magic spells with wands? Hobbits and dragons? Vampires? How could any of that be real?

And yet, there’s a magic in these stories, a spell they cast over their readers. If you’ve ever felt it, you know. That magic is real. It’s the magic that takes you to strange and wonderfully magical worlds. It touches your heart. It makes you cry. It makes you cheer. It makes you feel. That magic plays a more obvious role in many of my stories, never more so than in Toren the Teller’s take. It’s the topic of discussion in this scene from my soon to be released YA fantasy epic, Toren the Teller’s Tale. Toren, disguised as a boy and a storyteller’s apprentice, is at a tellers’ gathering. Between stories, the tellers discuss their craft:

“Yes,” said another apprentice. “And what about made-up stories, ones about fantastic things that could never be true? Where’s the common starting point, and where’s the greater truth?”

The elder master said the answer to this question was obvious, and he turned it over to us. No one else spoke, so I asked if I might be allowed to. He nodded.

“And what about fantastic stories?” the elder master asked me.

“My master’s story was fantastic,” I said. “And yet it’s true. A man wants a son to follow in his footsteps and may be blinded to a truth he doesn’t wish to see. A woman may know the truth and be afraid to speak it. And a child may suffer for not being what the world demands her to be.”

The elders smiled at my answer, but one of them shook his finger.

“Although what you say is true,” he said, “I believe a story’s truth is even greater than that. One day you’ll see. You’ll think you are telling a story, but the truth of it will take over, and you’ll realize the thing you thought you created was always there, not in this place and time but somewhere in the infinite universe and as true as your own existence. We tellers are bridges from the past to the present, from the present to the future, from distant lands to here, and from here to everywhere.”

“Of course we are bridges,” the man to his side said, “but only to imaginary worlds.”

“On the contrary!” the first elder shouted. “All worlds are equally real! You may think of stories as mere entertainment, but they are so much more. We spoke of how the audience must shape the story, but responsibility we tellers carry.”

The other elders were silent. One rolled his eyes. It was a man in front of me who dared to speak what was on everyone’s mind.

“The worlds of our stories already exist?” he mumbled. “Old coot’s gone senile.”

A murmur of agreement rose from the crowd, followed by laughter.

“It is rather ridiculous, isn’t it?” Giddy asked me. “That would make everything imaginable real, and you know that can’t be right, can it, Tor?”

I laughed, but inside I wondered. Of course it did sound impossible.

Is the first elder truly crazy?

The reply Toren gives above is the sort of thing Ursula K. Le Guin wrote about in The Language of the Night: Essays on Fantasy and Science Fiction. Fantasy deals with universal human experiences. Its archetypes are familiar—not from our day-to-day lives that differ from one person to the next, but from the dreams we all share. There is one language we all know, and it’s the language of the night. It’s what Carl Jung referred to as “the collective unconscious.” We all have similar hopes and fears, and they come out in our dreams—and in our fantasy and science-fiction stories.

And that’s why fantasy fiction is more honest than realistic fiction: because fantasy fiction deals with archetypes without the pretense that they are more than–or less than–archetypes. You know that Harry Potter isn’t a real, living, breathing person; but you also know that his universal need for a family is real.  You know it because you’ve felt it too.

But this only fits what Toren says about the nature of stories. What about the first elder teller? Could he be right? Could there be a truth in fantasy that goes beyond touching upon our dreams and nightmares?

According to the Many Worlds theory of physics, the answer to this is a resounding yes.

Our world is one of many, many worlds that are like ours but different in ways both big and small. Expansions of the Many Worlds theory say that there are even worlds out there that don’t follow our own laws of physics.

Do you realize what that means? Disappearing cats, flying monkeys, young wizards and witches casting magic spells with wands, hobbits and dragons, vampires: they could all exist. Every story you’ve ever read—not matter if it’s realistic, science fiction, or fantasy—could be true. Not here, of course, but somewhere out there in our amazing universe.

And our dreams and our stories can show these fantastic worlds to you.

Toren, however, can do so much more. She can build bridges from her world to the worlds of her imagination, and she can take you along for the journey.

Which magical world would you like to visit today? 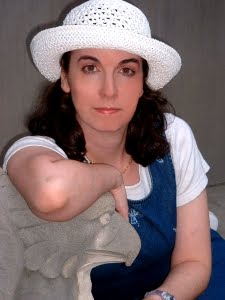 Shevi Arnold is the magical writer of Toren the Teller’s Tale, which is available from Amazon as an e-book in two parts: book one, Toren the Apprentice’s Tale and book two, Toren the Teller’s Flight. Editions for Barnes and Noble Nook and the Apple iBookstores, as well as a print version, are in the works. The book is suitable for teens and tweens.